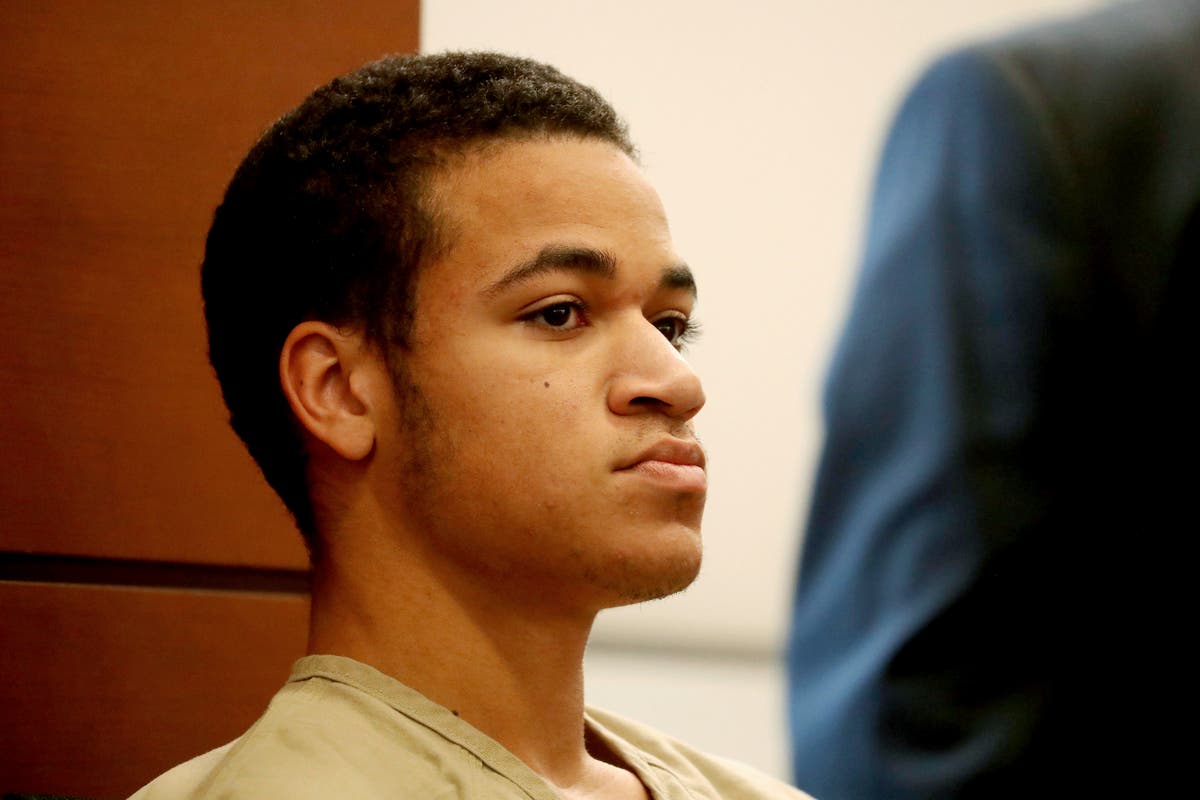 Sign up for our free US morning email newsletter

The brother of Parkland mass shooter Nikolas Cruz is believed to star in a reality show about his life and was once charged with trespassing at the school where his brother murdered 17 innocent people.

Zachary Cruz, 22, was scheduled to testify for the defense at Cruz’s sentencing trial, where a jury will decide whether to sentence him to life in prison without the possibility of parole or the death penalty.

But the defense shocked the courtroom by closing its case on September 14 after calling less than half of its witness list – with Zachary still notably absent from the witness box.

The 22-year-old released a statement saying he refused to testify because he did not want to face further alleged harassment from law enforcement.

“Broward prosecutors teamed up with a racist Virginia sheriff and corrupt prosecutor to try to arrest me, search my home and place me in conservatorship,” he said.

Zacharay, who is 14 months younger than his murderous 23-year-old brother, has been at Cruz’s side since he carried out one of the deadliest school shootings in US history.

On Valentine’s Day 2018, Cruz took an Uber to Marjory Stoneman Douglas High School in Parkland, Florida armed with an AR-15 style rifle and shot dead students and staff. Fourteen students and three educators were killed in the massacre.

While the trial sheds more light on Cruz and his actions leading up to the mass shooting, Zachary also made headlines in the aftermath of the attack.

Here’s what we know about Cruz’s younger brother:

Zachary has the same biological mother as Cruz and was also adopted by Lynda and Roger Cruz.

The boys’ biological mother was Brenda Woodard who, at the time of her pregnancy with Cruz, was homeless, an alcoholic, a drug addict, and worked as a prostitute.

Woodard had a long history of drug and alcohol abuse and a long rap streak dating back to at least the 1980s.

When Cruz was born, he was adopted by the Cruz parents.

About a year later, Zachary was born and also adopted by the Cruz parents who raised the boys together.

The brothers also have an older sister, Danielle Woodard, who also shares the same biological mother. Unlike Zachary and Cruz, Danielle grew up with Woodard, other biological parents, and lived in foster care.

In the decade before the 2018 attack, Lynda appeared to struggle with her two sons’ behavior and called the police at the family home dozens of times.

In total, the Broward County Sheriff’s Office had 43 contacts with the Cruz family prior to the Parkland Massacre, 21 of which involved Cruz alone or him and his brother, according to official records.

In the hours following the mass shooting at Marjory Stoneman Douglas High School, Zachary was allowed to meet his brother at the police station, with footage later released to the media.

After that, he was accused of being fascinated by his brother’s fame.

He visited the scene of the massacre at least three times and – after being warned to stay away – was charged with trespassing, authorities said.

Zachary, who turned 18 a week after the mass shooting, told police he went to school to ‘reflect on the school shooting and soak it all up’, according to a report of arrest.

Prosecutors said Zachary was “overheard observing how [Nikolas’] name is now” and wondered if the fame would help attract women’s attention.

He was sentenced to six months probation for trespassing on the set.

After his own brief stint in prison, Zachary was taken under the wing of Richard Moore.

Mr Moore co-founded bond services company Nexus with husband Mike Donovan and when Zachary was arrested in 2018 the couple reached out to help the 18-year-old.

After his release, he moved from Florida to Virginia to live with the couple and their son.

They had never met before the massacre.

Mr Moore attended part of the trial and was seen at the courthouse when the defense began to present their case.

He has previously stated that he doesn’t approve of what Cruz has done but thinks “no one should face this alone”.

Mr. Moore’s name emerged during the trial, with prosecutors saying he sent thousands of police dollars to Cruz in jail “this year alone” and spoke to the mass shooter regularly through phone calls in jail.

On October 5, Mr. Moore and Mr. Donovan were both arrested for felony exploitation of Zachary. They were charged with exploiting a mentally incompetent person and obtaining money under false pretences and were released on $50,000 bond.

Prosecutor Jeff Marcus asked Danielle Woodard if she knew about the show, saying one of the episodes was titled “Being Zachary Cruz.”

“Do you think it would be appropriate to capitalize on the murders of 14 children and three staff members at Marjory Stoneman Douglas High School by filming or creating a reality show based on being the brother of ‘a mass murderer?’ He asked.

The defense objected and Judge Elizabeth Scherers upheld the objection but denied the defense’s request to strike the matter from the record.

The biography reads: “Follow Zach Cruz, the brother of the alleged Parkland shooter, as he adjusts to life after being tortured by police in Florida and out of the direct shadow of the nefarious acts of his brother.”

The page is followed by 118 social media users.

To take a position

Both Zachary and Mr Moore were to be called to testify for the defence, with Zachary set to speak about their troubled upbringings.

But, before the defense even rested, the two legal teams sparred over their potential testimony.

Lawyers for both men have filed a motion asking that prosecutors be barred from asking them certain questions, saying some of them are “inappropriate”.

The judge denied the motion and ruled that the two witnesses should answer any questions the state put to them.

The defense declined to call them to the stand.