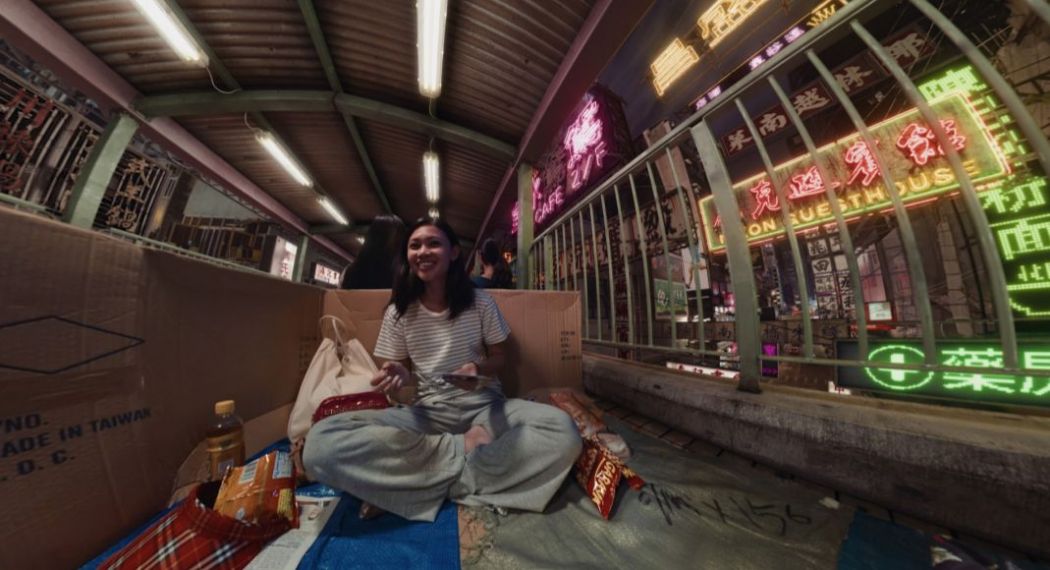 Kowloon Forest is a unique VR film that follows five strangers as they attempt to find privacy against the backdrop of a changing Hong Kong skyline. It’s an 8-minute film where you accompany five unlikely characters who navigate a changing Hong Kong. The trailer for this virtual reality film premiered at the end of April.

The VR movie is set in Hong Kong and focuses on one of the struggles of modern privacy. The difficulty of finding privacy and camaraderie in a city of density with millions of people but where loneliness often seems to pervade is a common theme in modern metropolises. The film relies on virtual reality to enter the small personal spaces of the characters in the film. Kowloon Forest will premiere on July 5 at the Osage Gallery in Hong Kong.

The film is an antithesis to most of today’s virtual reality films which immerse users in vast environments with towering structures and panoramic views. Instead, Kowloon Forest uses the ladder to immerse the viewer in very small virtual worlds where you will have the experience of being very close and intimate with the characters in VR.

Kowloon Forest will take you to a typical Hong Kong intimate space inside the crushed apartments as well as the dense streets of Hong Kong city where you will find yourself close to the five key characters from the film. Director Alexey Marfin has said he hopes the film will create a new kind of intimacy in virtual reality.

It is an exploration of the theme of intimacy within a megalopolis. In the heart of the Kowloon Forest, it’s all about making the viewer feel a certain way in certain spaces. The VR film evokes films associated with certain spaces, in this case a concrete jungle. This makes Kowloon Forest a pretty experiential movie that works great in VR rendering.

The first trailer for the film is already available. The Kowloon Forest movie promises to provide users with a mix of intimate character studies fueled by very compelling monologues.

The idea in each scene of the VR film was to use virtual reality to enter the private world of each of the characters and position the viewer very close – uncomfortably – to their personal spaces. The “invisible” spectator in the VR film is barely a few centimeters from the character and encroaches on his personal space. In real life it can be quite invasive, but in virtual reality you have the privilege of observing it very closely.

Another interesting aspect of the Kowloon Forest characters is that they are not quite alone and interact with other important people. In fact, the VR movie will put you right in the middle of the monologues or dialogues they have with others. There are sequences in the film where a woman sits alone in her apartment and stares at her reflection in the mirror or where you are immersed between a man having dinner and a banner on a laptop computer eating next to him. .

In the first scene, a woman gets her makeup done and the VR rendering plunges you into the small space between her and her reflection in the mirror. The creators of the VR movie used this particular scene to test, choreograph, and refine the experience to ensure it performed as intended.

The creators struggled with the 360-degree format for some time to bring out the compelling storytelling of virtual reality. The VR film will premiere on July 5 at the Osage Gallery in Hong Kong. It will then air from July 6 to 28.