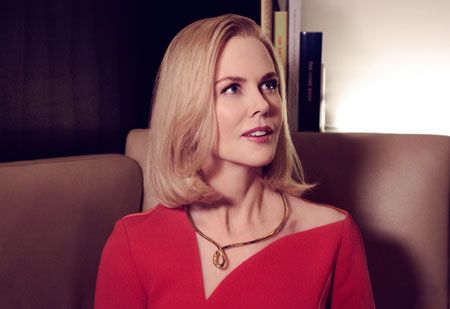 Throughout the experience, the viewer meets and engages with a number of characters, including the actress herself, her director, an opera singer and even an Emirati guest with a hawk in first class. The trip also offers one-on-one interactions with the Savoy-trained butler in The Residence, the airline’s luxury private three-room cabin, the in-flight chef in first class, the food and beverage manager in business class and the flying nanny, trained by Norland College. UK.

The adventure takes the viewer through the double-decker aircraft and covers its luxurious interiors, including economy class, business class and first class, before concluding with a focus on Nicole Kidman enjoying the unique features of the residence.

This is the first time a Hollywood actor has starred in a fully immersive virtual reality film.

Peter Baumgartner, CEO of Etihad Airways, said: â€œWe want to share the story of Etihad in a whole new way, using technology to make our consumers part of the story and to experience an Etihad Airways A380 flight. firsthand, from anywhere. .

The film, which took over six months to produce, was shot exclusively in Abu Dhabi and used cutting-edge virtual reality technology in its creation. An Etihad Airways A380 was used for three days and fully customized before filming; the top lockers, seats and other sections of the interior of the aircraft were removed to allow for the installation of state-of-the-art Red Dragon cameras, which were used to perfectly capture the actress’ movement through the ‘airplane. Hundreds of individual lights were needed to ensure smooth, uninterrupted shots.

The virtual reality film will be available on a dedicated website vr.etihad.com from 9:00 a.m. (UAE time) / 7:00 a.m. (Central European time) on May 27 and will be followed by an updated version. in stereoscopic sound on June 17th. To ensure a full experience, viewers will need to download the Oculus VR app from the airline’s dedicated website and watch the movie using a virtual reality headset, such as Oculus Rift or Google Cardboard. Viewers will also be able to watch the film as a 360-degree video on YouTube.

On May 29, Etihad Airways will host a red carpet premiere and panel discussion for â€œReimagineâ€ at its headquarters in Abu Dhabi. Tune in to Facebook Live through the Etihad Airways Facebook page at 12:00 p.m. (UAE time) / 10:00 a.m. (Central European time) to participate and ask your questions to some of the key players behind the film.