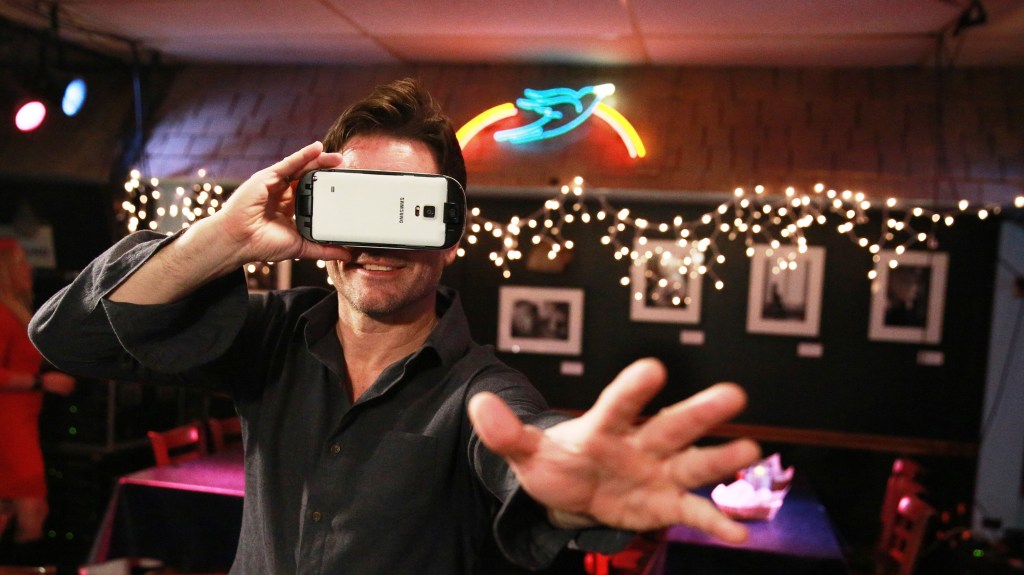 In what ABC says is its biggest virtual reality project to date, the network is launching a VR music series for “Nashville,” featuring the show’s stars and singer-songwriters performing at the Bluebird. Coffee.

ABC shot three musical performances of “In the Round” at the downtown Nashville club, a key location in the series, which will be featured in 12 videos, as well as a performance scene from next week’s episode featuring starring Layla (Aubrey Peeples) and Avery (Jonathan Jackson). The VR content is part of ABC Digital Media Studio’s “On the Record” web documentary series about the original songs performed on “Nashville” and the songwriting process.

The â€œNashvilleâ€ VR experience is available on the web at ABC.com/VR and through the Littlstar app for headsets, Apple TV mobile and the web. The Alphabet has embarked on virtual reality, with recent virtual reality ramifications for shows such as “Dancing With the Stars”, “Good Morning America” â€‹â€‹and “Quantico”.

â€œIf music is the heart of our show, then the Bluebird CafÃ© is its soul,â€ said Dawn Soler, senior vice president of music at ABC Television. â€œWith this virtual reality experience, the fans will literally be the center of everything. It is a perfect format for virtual reality and a natural extension of â€œOn the Recordâ€.

The episodes of “Nashville: On the Record VR ‘In the Round at the Bluebird'” episodes will be released as follows:

All original music for “Nashville” is released by ABC Studios, Lionsgate and ABC Music Lounge in association with Big Machine Records, the Nashville-based label whose roster of artists includes Taylor Swift, Tim McGraw and Rascal Flatts.

â€œNashville,â€ which airs Wednesday nights on ABC, is produced by Dee Johnson, Callie Khouri and Steve Buchanan. Buddy Miller is Executive Music Producer and Frankie Pine is Music Supervisor. The series is produced by Lionsgate, ABC Studios and Opry Entertainment.