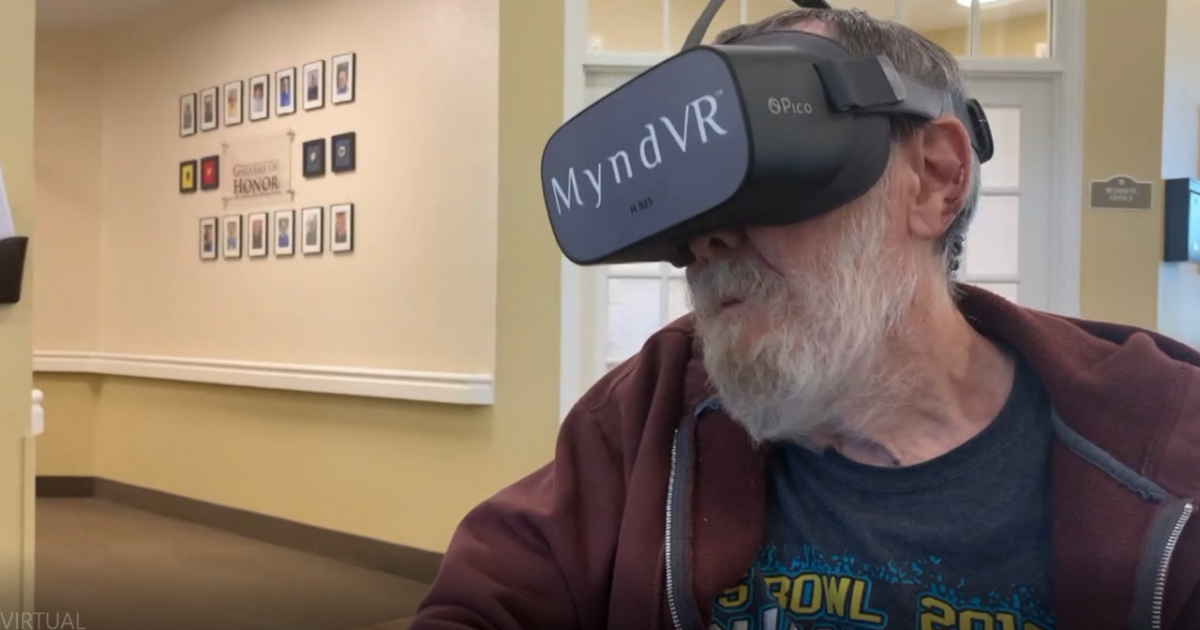 TAMPA, Florida – Social isolation during the pandemic was a significant problem in the United States

The effects have been devastating for older people, especially those living in nursing homes and assisted living facilities.

In December, we discovered how severe social isolation was for seniors living in the Tampa Bay area.

We revisit the issue by taking an in-depth look at how virtual reality curbs the damaging effects of social isolation for older adults and what residents of a local assisted living community have to say about it.

Virgil Pittsinger, 72, has lived in the Sodalis assisted living community in Tampa for three years. He enjoys being around friends and socializing, but he was one of many seniors who felt socially isolated during the pandemic.

COVID-19 has forced older people to self-isolate for their safety, but out of that negative comes a positive virtual reality. Straight out of a sci-fi movie, eyewear that transports you and helps you experience life in a new way.

“You can still do things by looking through the glasses and seeing another world,” Pittsinger said.

When ABC Action News reporter Anthony Hill visited, Pittsinger enjoyed a symphony while his friend, Pamela, watched The Lion King on Broadway. While sitting at home in Tampa.

“At first they were a little hesitant because, of course, this is something new,” said Michelle Abrahante, executive director of Sodalis Assisted Living in Tampa.

Sodalis purchased the VR glasses in November, and while some residents were initially apprehensive, it said most are now embracing the technology.

“With the coronavirus and all these limitations that we’ve had to put in place, it’s unfortunately limited a lot of opportunities for everyone to enjoy life,” Abrahante said.

“So we’ve essentially reinvented virtual reality away from this youth-based gaming culture and into a very safe, secure, senior-friendly platform,” said Chris Brickler, co-founder of MyndVR, the company that makes these. eyeglasses.

MyndVR works with hundreds of senior communities across the country. They started making these VR glasses five years ago, but have improved them over the years.

“We’re just thrilled to provide this service to so many seniors who are, you know, sometimes alone, struggling with isolation, certainly with a pandemic. It’s been a big deal, but we’re also providing a lot of joy which helps with some of the depression and anxiety that exists in seniors’ residences.”

“It will break the isolation. You can take a trip and not leave your chair,” Pittsinger said happily.

He said he would continue to use the virtual reality glasses.

“Don’t worry so much about what’s going on in the world today, which is a pretty tough world, you know,” Pittsinger said.

Brickler said the glasses cost around $395 and there was a $20 monthly subscription with new content added every month. You can learn more or place an order on their website.

If you know of an elderly person who feels lonely and needs help, you can call the Florida Department of Elder Affairs Helpline at 1-800-963-5337.