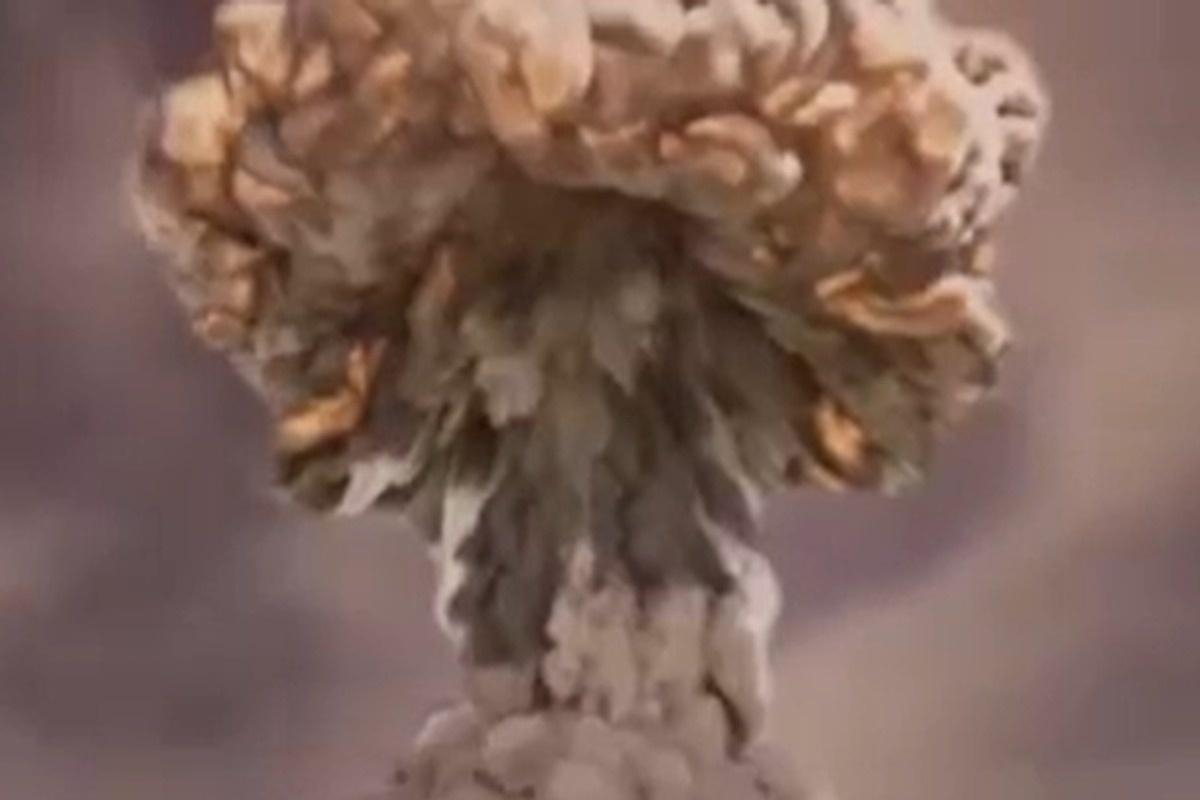 A viral video online shows what it could look like to watch a nuclear weapon explosion in virtual reality.

The film, which depicts a virtual reality setting, depicts a beach on a bright day just before a nuclear bomb explodes offshore. The screen goes blank as soon as this happens. Within seconds the whole area was decimated and it looks like a sandstorm has erupted. The foliage is uprooted, and a huge cloud of smoke and dust seems to burst in the middle of the sky. The sky turns purple towards the end of the film, with a nuclear cloud of dust hanging in between.

This terrifying 1 minute and 51 second video was posted on Reddit a few hours ago and has the internet terrified. “Nuclear explosion in virtual reality environment,” reads the caption of the video.

The video was originally shared on YouTube and other social media sites a month ago and is now resurfacing.

On Reddit, the video has so far got 89% upvotes. “All around would also have been blown or incinerated, and a huge wave would have come and swept the area,” one user speculated.

“Hard to judge size or distance, but a 1 megaton explosion will give you 3rd degree burns (almost certainly fatal) at a distance of 6 miles. The radiation emitted at the point of detonation will kill you within a month at a distance of 1.5 miles. In this VR scenario, you are dead,” a fourth user commented.

Humans experience a wide range of strange tendencies. Whether it’s the…