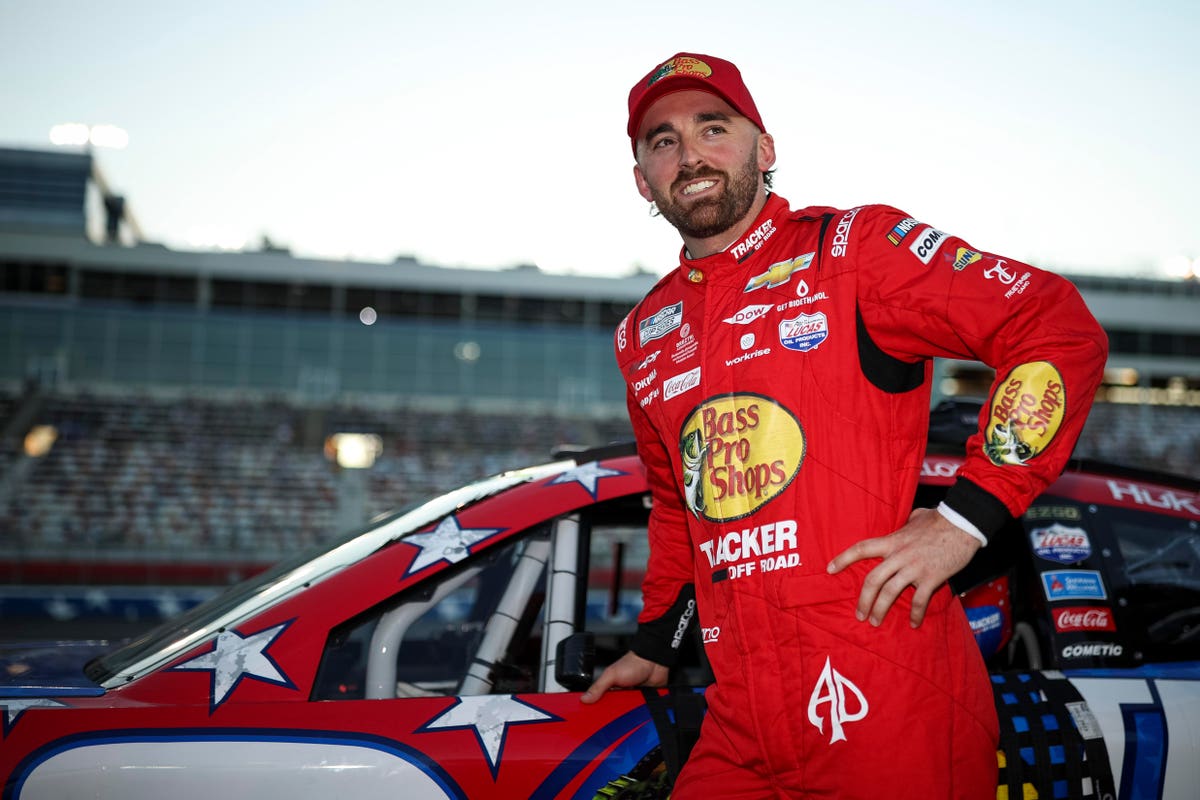 Austin Dillon never imagined he would have a reality show. But we are in 2022 and anything can happen.

On Thursday nights at 9:30 p.m., “Austin Dillon’s Life in the Fast Lane” debuts on the USA Network. The show focuses on Dillon, his wife Whitney, and their best friends, Paul and Mariel Swan.

“It’s cool because anyone can watch this show,” Dillon said ahead of the show’s debut. “You have the girls, who are fun loving and funny. You have Paul, who is wide open and brings energy to the show. Then there’s me, concentrating on my work and Nascar. I’m the one stabilizing Eddy.

Dillon, who drives the famed No. 3 Chevrolet for Richard Childress Racing – his grandfather’s team, is thrilled at the opportunity to bring Nascar to a new audience.

But signing up the 2018 Daytona 500 champion for this project wasn’t such a simple task.

“I gave a lot of ultimatums,” he said. “My wife filmed a show called ‘Racing Wives’. It’s with her, Mariel and Paul and I said, ‘I would never film a show unless it was about our band and what we do at the RCR.’ We were asked to film a pilot, but I didn’t think it would come to anything.

“Then, of course, USA Network picked it up. A few months later we started filming and people were coming into our house and becoming part of the family. It’s pretty exciting.

Throughout the show, you’ll see Dillon joking around with Swan, one of his crew members. The two have grown extremely close to each other, as have their two better halves.

“We show personalities from everyone on the show,” Dillon joked. “Paul is still on 10. USA will end up using him in some sort of WWE format at some point.”

Across 16 races in the 2022 season, Dillon has three top fives — already more than last year — and six top 10s, on track to potentially surpass his career highs in both categories. During the show, viewers will get a behind-the-scenes look at two of his second-place finishes in 2022, including near wins at Auto Club Speedway and Talladega Superspeedway.

“We’ve had some really good runs this year,” Dillon said. “We were so close to getting this win. We’re just out for the playoffs.

With 10 races remaining in the regular season, Dillon sits 19th on the playoff grid, 47 points below the boundary line, currently held by Aric Almirola.

The reality show debuts just before a major weekend for USA Network.

USA Network will feature 11 Nascar Cup Series races and 15 Xfinity Series races during the second half of the 2022 season. This is the first time since the summer of 2016 that Nascar races will be on the network. That year, the Cup Series race at Watkins Glen was in the United States due to the Summer Olympics.

This year, NBC has chosen to move some races to the United States after shutting down NBCSN at the end of 2021. For this reason, Nascar is exploring the possibility of charging fans to watch races after 2024, as part of its next TV rights deal.

USA Network’s first race airs Sunday, July 3 at 3 p.m. from Road America. NBC resumes its portion of the schedule this weekend, with the Cup race airing at 5 p.m. on Sunday, June 26.