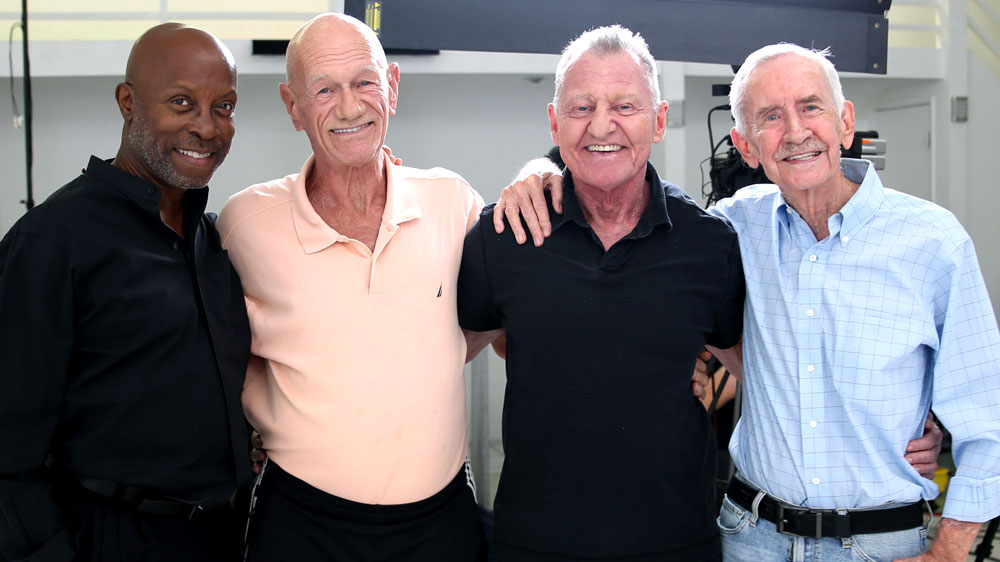 Just call them the Golden Girls for a new generation.

TikTok stars Robert Reeves, Mick Peterson, Bill Lyons and Jessay Martin – known collectively as “Old Gays” – have signed with Brian Graden Media (BGM) to develop a docusery about their personal and professional lives on social media , while living together in Cathedral City, California

Old Gays have over 3.2 million subscribers and 320 million views on their social media platforms.

â€œWe are delighted to work with the hilarious and very talented ‘old gays’,â€ BGM CEO Brian Graden tells me exclusively. “Their videos resonate with audiences young and old and viewers have shown an extreme interest in seeing their lives on a more personal level that we intend to respect.”

In addition to their viral videos, the “Old Gays”, ranging in age from the mid 60s to the late 70s, have appeared on the “Drew Barrymore Show” and “Today” shows. They first gained attention when featured in promotional videos for the gay dating app Grindr. Their signature work also includes projects with HBO Max, â€œAmerican Horror Storyâ€, â€œRuPaul’s Drag Raceâ€, Budlight Seltzer and Shake Shack.

The producers of the unscripted series are Ryan Yezak, John Bates and Shane Collins. BGM’s executive producers include Dave Mace and John Magennis.

â€œWe’ve always been very passionate about telling stories within the LGBTQ + community with our series which have included ‘Find Prince Charming’, ‘Todrick’, ‘Escape the Night’, ‘Instant Influencer’ and ‘Lance Loves Michael, â€and have had an extremely successful experience collaborating with social media influencers who also include Joey Graceffa and James Charles,â€ Graden said. “We look forward to building on this success with ‘Old Gays’ to create an entertaining and successful long-running series that will be enjoyed by millions of viewers of all walks of life and ages around the world.”

Brian Graden Media is represented by Justin Ongert, Brian Speiser and Greg Jules at ICM Partners. The “Old Gays” Ryan Yezak and John Bates are represented by A3 Artists Agency.