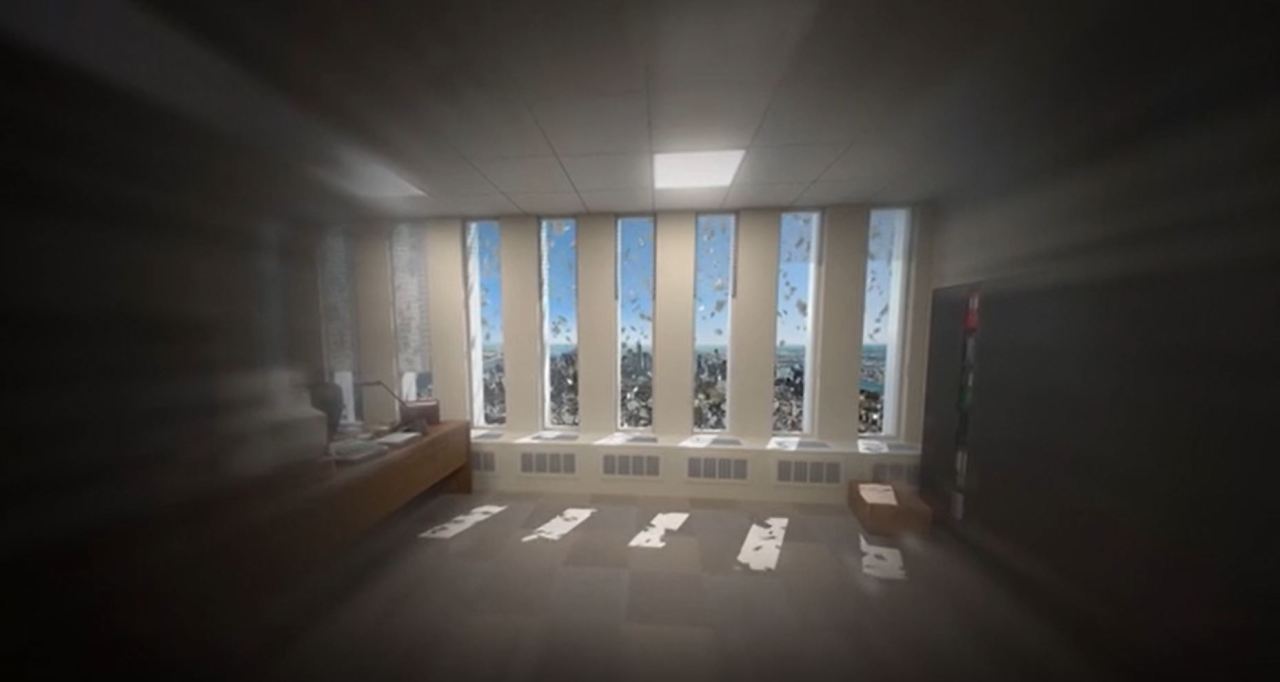 These are some of the first modern 360 degree photos.

Taken between 1997 and 2001 in Ground Zero, they recently aroused the interest of a team of French documentary filmmakers.

From the footage, a production company created a short film of a particular genre – an immersive experience.

Paris-based Targo continued a project to commemorate the 20th anniversary of September 11 in virtual reality (VR).

Director ChloÃ© Rochereuil came up with the idea while searching for the first 360 photos taken around the world.

â€œWe noticed that there were photographers who were pioneers of virtual reality and 360-degree photos, who had taken photos of the Twin Towers, from the square, below the towers, in 360, and while digging in the archives. online, we realized that there were dozens of them. So we started looking for them to retrieve these photos and create a virtual reality experience to be in New York again, with these Twin Towers. It was the starting point of the documentary, â€says Rochereuil.

In partnership with Facebook’s virtual reality affiliate, Oculus, they built 3D models of the towers, from the offices to the lobby, striving to make each element and its placement as precise as possible.

Iconic images document the enormity of the 9/11 attacks

â€œThe logic of this documentary was to be extremely precise on the 3D reconstructions, we worked a lot to search the archives to recover documents, maps, videos and photos to allow us to be as precise. and journalistically accurate and close to what the Twin Towers looked like in 2001, during the attacks, â€says Rochereuil.

The documentary traces the story of Genelle Guzman-McMillan, the last survivor to emerge from the rubble, where she was stranded for 27 hours.

She was interviewed using special cameras filming 360 degrees around her.

â€œThe plane hit the building. I was like ‘Oh my god we’re going to die.’ I was so scared, I just wanted to get out. I reached the 13th staircase, and that’s when the rumble, then the walls, the darkness, everything collapses, â€Guzman-McMillan explains in the documentary.

The documentary took almost a year to produce, with most of the time spent on the technology side of it, which included a lot of research.

â€œThe starting point for us, for the whole remodeling, was to start with the architectural plans for the World Trade Center,â€ explains Victor Agulhon, producer of â€œSurviving September 11, 27 Hours Under the Rubbleâ€ and co-founder of Targo .

â€œWe therefore recovered the original plans that were used in its construction, and thanks to them we have recreated all the models, all the volumes, all the exact dimensions of the building. Then, from Genelle’s testimony, we placed all the desks, those of his bosses, of his colleagues, really recreating his work environment. And to give him that realistic photo aspect, that World Trade Center vibe in 2011, we used archival photos, photos of his colleagues that allowed us to recreate the color, the layout of the cabins, and finally the office vibe in 2001. “

For the rubble, the team scanned 3D artifacts, such as beams from the 9/11 Memorial Museum in New York City.

This piece of metal has been scanned to be virtually recreated and to make the debris as precise as possible.

The same attention to detail has been applied to the restoration of the old photos.

â€œSo as soon as we got the negatives from the photos, we had to work them to turn them into positives and clean them,â€ Agulhon explains.

â€œOnce this first step was taken, we had to assemble them. So that’s when we need to match every part of the image to have a 360 degree panoramic view. And sometimes, in this case for example, certain elements of the photo are missing (to make a 360-degree photo), which must be recreated. And it’s a very meticulous job of recreating from stock photos to recreate a full 360-degree image. Once this is done, all that remains is to transform it into virtual reality, that is to say, transform it into 3D, and project it 360 degrees so that the viewer finds himself at the foot of the Twin Towers.

The same process was used for each photo, here the debris seen from above.

Facebook was drawn to the project as part of the â€œVR for goodâ€ initiative launched by its subsidiary Oculus, a program intended to finance VR projects, in particular for students and associations.

â€œHistorically, VR has often been referred to as an empathy machine. And I think this piece really shows how powerful that can be in bringing or letting viewers empathize with Genelle and as they live her story. And so, it’s really important to provide a platform for stories like this and in this particular case a chance to reflect on the lives lost in the 9/11 attacks, â€said Eric Cheng, executive producer of â€œSurviving 9/11, 27 Hours Under the Rubbleâ€ and Immersive Media Lead at Facebook Reality Labs.

Studio Targo insists the documentary is not meant to relive the traumatic attacks but to delve into the memories of a survivor.

â€œSurviving 11/9, 27 hours under the rubbleâ€ was released on September 7 and is available free to Oculus VR headset owners.