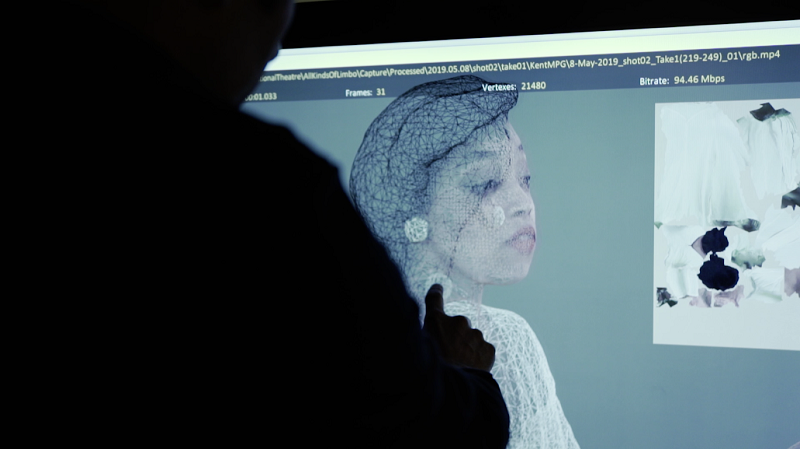 The National Theater has announced a show that will allow the public to look at the whole world in different ways in order to democratize access to the arts.

All kinds of limbo XR can be watched through a virtual reality headset, augmented reality on a phone or tablet, or as a desktop experience.

The unique musical performance, All kinds of limbo, was developed alongside the 2019 NT production of Andrea Levy’s award-winning novell Small island.

Writer and singer Nubiya Brandon, composer Raffy Bushman and the Nu Shape Orchestra will take audiences on a musical journey inspired by the influence of Caribbean culture on the British music scene.

Ms. Brandon will tell her own story of a life in limbo through the genres of Reggae, Grime, Classical and Calypso.

She said: “All kinds of limbo is an incredibly important piece to me.

“We take the audience on a journey through the kaleidoscopic musical movements of the UK and in doing so two stories are placed side by side: a self-made timeline of cultural and social changes from the Windrush with a catalog preview. of music memories that I see as a distorted cultural understanding of myself.

“And also my own story of a life in limbo: the struggles to be born with distant roots, to struggle for an uncertain identity – while being purely a product of my environment.

“I am so thrilled that international audiences can experience it in so many forms. “

Immersive technologies will transport audiences to the heart of Ms. Brandon’s performance space.

The NT used Microsoft’s mixed reality capture technology to record Nubiya’s holographic performances which were then placed in the virtual environments.

Toby Coffey, Founder of the National Theatre’s Immersive Storytelling Studio, said, “With every project our studio aims to nudge, in an appropriate way, the evolution of audience form and experience.

“With this project, we asked the question: how can we create a ‘universal performance space’ where audiences can experience performance in different formats that suit their technology, needs and preferences?

“I am delighted that we were able to develop this idea and present All kinds of limbo through the VR, AR and desktop versions, allowing an international audience to access the piece. “

All kinds of limbo premiered at the National Theater in 2019 as a shared virtual reality experience alongside the production of Small Island at the Olivier Theater.