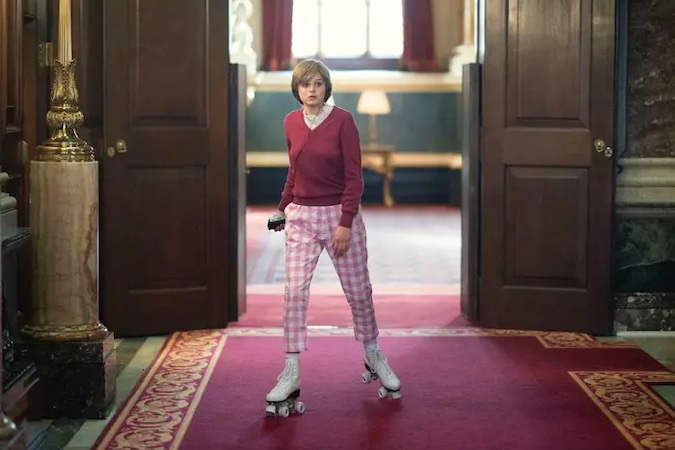 Takeaways from Emmys, and scenes from a virtual reality film festival. Magic too. All in today’s Movie News Rundown.

What happened this weekend besides the Emmys? Our friends at StudioFest put on a hugely ambitious VR film festival, using Oculus Quest 2 headsets that allowed guests to enjoy the shared illusion that they were watching the movies in a lavish theater and then mixing them into rooms. majestically appointed with breathtaking views of fake cities. The movies weren’t in virtual reality – the screenings and hangouts were. It was mind blowing. Congratulations to the winner, Courtney Hope ThÃ©rond, who is now directing a film with StudioFest. Here are some scenes of how he looked after you put on your helmet:

StudioFest: You can read more about everything they do from their series Demystified, presented by Filmmaker.

The crown The Emmys Rules: Congratulations to the brilliant and completely captivating The crown, which won Best Drama at the 73rd Emmy Awards last night. Josh O’Connor (who plays Prince Charles), Gillian Anderson (Margaret Thatcher) and Tobias Menzies (Prince Philip) have also won Emmys for their roles. The crown is one of the most cinematic shows in television history, which looks remarkable after a year in which the indoor theatrical experience has largely disappeared. The Netflix series won seven Emmy Awards in total for this season, which was its fourth.

Can we ignore all of this and see the full list of Emmy winners? Yeah.

Whoa, who does not have To win? Variety considers the most snubbed show to be WandaVision, who won nothing despite 23 nominations.

Also: Hollywood journalist Summed it up with the headline, #EmmysSoWhite: White Actors Sweep The 2021 Emmy Awards. It’s a little hard to believe this happened again at another awards showâ€¦ but I guess it t is more likely when the big winner of the night is a show about British royalty, which is not known for its diversity.

Nothing else? In March 2020, as SXSW had just been canceled and the world was starting to feel rather bleak, I spoke with filmmaker Alexis Manya Spain about his wonderful SXSW doc M for Magic, about LA’s beautiful Magic Castle, where people dress up to watch magicians weave their way through performances that are both grand and personal. It seemed like exactly the kind of crowded, close-knit performance hall that could be doomed by COVID. And so it is with an immense feeling of relief, gratitude and joy that I joined the team. Filmmaker last night for a trip to the Magic Castle, and I saw that it was still going very strong, and that sometimes dire situations to do get better. I left with the feeling that magic still exists in the world, or at least in an old mansion on a small hill in Los Angeles.