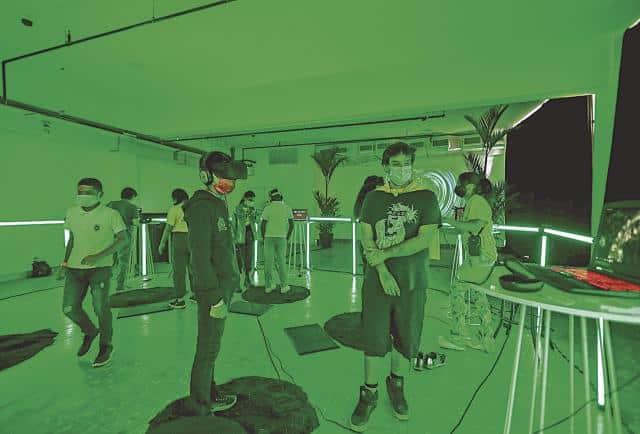 In a conversation with La Estrella de Panama, President of the Panama Museums Network, Amanda Destro spoke about the importance of including technology-supported exhibits in museums across the country, “if we don’t live at the bottom of the valley with these are the things we left behind.

“One of the important factors for museums is to keep up with the times, to make it a place of social integration, and how can we achieve that if we don’t integrate these new technologies. The collaboration between them is fantastic, it gives the filmmakers exposure to one of the arts left behind in Panama,” Destro said of the “Humanity in Reality Virtual” exhibit. Canal Museum.

An initiative developed in partnership with the IDB Lab of the IFF Panama Foundation and the Inter-American Development Bank (IDB). “Mosquitoes: History of a Wound” is performed by Panamanian filmmaker Ana Elena Tejera. The content offers a three-dimensional experience that lasts approximately seven minutes.

In the video, a jaguar walks through the cycle of human life and nature during the construction of the canal; Everything is brought to life by binaural sound that makes the audience feel like they’re inside the film and encourages them to move in a circular fashion, as if dancing with the film.

In a dev360º space, a vast ecosystem is discovered that leads to the depths of the forest.

The work aims to get viewers to think about the environment, “how we can generate a new dialogue with the living entities with which we live on Earth”, explained the Canal Museum in a press release.

“The initiative does not seek to physically replace the experience of visiting the museum, but seeks to complement it”Anna Elisabeth Gonzalez
Executive Director of the Chanel Museum

He also recalls that, in nature, the energies of creation and destruction coexist in the same space, they are in unification. This form of coexistence occurs automatically in the environment and therefore proposes to consider how chaos can be a moment of collective change.

Panamanian filmmaker Ana Elena Tejera said, “The canal has different layers of who we are: the great migration, the mixing of cultures and the wounded geography that split the earth in two. How does this affect those of us who eat from this land and bathe in its waters?

Moreover, he wondered: “Do we have an identity inside this wound? And I refer to the wound as a vulnerable place of pure fertility, which allowed the mixing and existence of culture and nature. Can we change? listen to the power that Panama can have in itself too? »

Tejera said he wanted this piece to be a start for reflecting on the different layers resulting from this event.

For his part, Pituca Ortega Heilbronn, Executive Director of the IFF Panama Foundation, said that “working closely with the Canal Museum and presenting ‘Mosquitoes: Historia de Una Wounds’ is not only wise, but also shows the potential of two non-benefits. Demonstrates to the institutions to join forces and work for a common cause”.

Ortega said, “Presenting a work of audiovisual art that represents us in the context of our cultural, biological and historical identity is a shot that our country needs right now, perhaps more than ever. We expect Mosquito: Historia de Una Huerta, created by Ana Elena Tejera, one of our country’s most promising and dedicated artists, to remind us of who we are and what we must protect.

Complete the physical experience of visiting the museum

The Canal Museum’s executive director, Ana Elizabeth Gonzalez, explained that the initiative “does not seek to replace the experience of physically visiting the museum, but rather to complement it, offering visitors a unique experience deeply rooted in our story”. Provides an overview. Country”. “We are much more than a place to admire historical and artistic pieces: we are a stage and a meeting place, a place of dialogue, critical thought, pleasure and reflection (…) This collaboration with The IFF Panama Foundation This excites us enormously, because we can take advantage of new means of artistic dissemination to contribute to the historical content of our museum,” he said.

The IFF has also promoted the project “Latin American Cinema of Panama, Central America and the Caribbean” through the development of innovative technological projects for performance and inclusion, thanks to a strategic alliance between the Panama Foundation and the BID Group’s innovation lab, IDB Lab. He goes. ,

The objective of the project is to produce the technical pilots necessary to facilitate access to cinema as entertainment and/or as a complementary educational tool. Part of the expected results is to encourage children, youth and adults to have access to virtual reality and augmented reality projects that address high-impact social issues through traveling exhibitions developed by this important alliance.

The exhibit is now open to the public and will run through August 31 with the following hours: 10:00 a.m. to 6:00 p.m. Tuesday through Sunday at the Canal Museum facilities in Old Panama City.