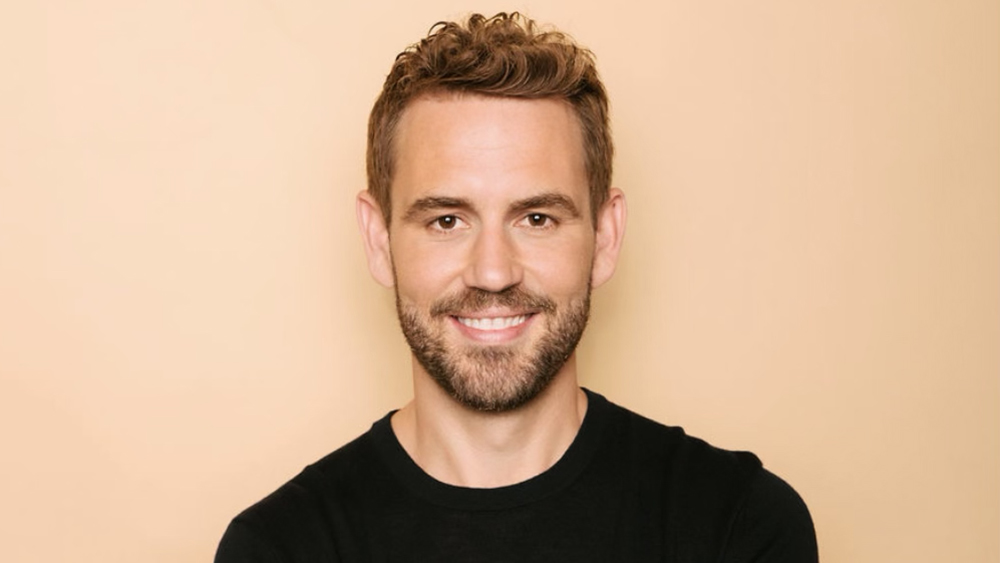 Nick Viall is one of the most notable alumni to come from “The Bachelor” in its two decades on the air.

First introduced to American living rooms in 2014 as a suitor on Andi Dorfman’s “The Bachelorette” season, Viall left the show heartbroken when he was not chosen to receive the final rose – and not without controversy. In 2015, Viall returned, once again, as a contestant on “The Bachelorette,” this time on Kaitlyn Bristowe’s season, and again was the second voted out. Viall then joined the cast of the third season of “Bachelor in Paradise,” before being selected as the star of “The Bachelor” for its 21st season in 2016. His engagement to contestant Vanessa Grimaldi ended, but his career in reality TV did not . In 2017, Viall joined “Dancing With the Stars”, officially cementing his status as one of ABC’s cross-network mainstays. Today, Viall has left his reality dating stardom behind, but he still appears frequently in cameos on “The Bachelor” franchise, as a friend on the show.

While many reality TV stars fail to translate their Instagram fame into Hollywood success, Viall has proven to be one of the most savvy cast members to come to “The Bachelor” franchise with a passionate social media following, guest roles on network sitcoms, a book due out later this year, and a popular podcast that was nominated for a People’s Choice Award. One of Bachelor Nation’s best-known faces, Viall has figured out how to turn his notoriety into a remarkable media career, without alienating the show that made him — who turns 20 today, hitting a major milestone since his premiered on March 25, 2002.

Here, Viall reflects on the ups and downs that came after his time on “The Bachelor.”

I get asked all the time how being on “The Bachelor” has changed your life. Prior to being on the show, I was content to work in software sales in the Midwest. Now I’m a landlord in Los Angeles, hosting my own podcast, developing others, writing books, hosting and performing. So yes, I would say it changed my life. A lot.

I’m often asked for advice from alumni recently released from the show, hoping to do something with their experience. Whatever their goals – if they have any – I tell them quickly that it is very important to understand what the series really gives you and what it costs you: what it gives you is the ‘access. Incredible access.

“The Bachelor” is a cultural phenomenon. After 20 years on the air, it has become an iconic brand. All kinds of people have been fans of the shows over the years. Some of the biggest celebrities, athletes, politicians and business leaders are fans of the show, and many of us alumni have found ourselves in bedrooms, hanging out with people we once would have paid money for. to see and waited hours in line to do so. It’s access, and access is the most valuable thing the show gives you. People say, “It’s not what you know, it’s who you know,” and being a member of Bachelor Nation can open the door to getting to know very important and influential people that you might not have. never had the chance to meet.

The reason many of us have access is because of the fascination fans have with the show, and subsequently, its cast. How does the show work? How did you live such a crazy experience? These are the subjects that fascinate people the most. The thing about fascination, however, is that it doesn’t demand respect. People don’t respect serial killers, but the fascination with them is intense nonetheless. It’s something I’m quick to remind my peers of when they come to me for advice.

“The Bachelor” franchise threw all kinds of people: smart, stupid, kind, cruel, talented, good and bad all out of the limo and onto your TV screen on Monday nights. There are many personalities, but one thing we all have in common is that we don’t hate attention. If there’s a chance to make something out of this crazy experiment, we’re all in. So it may be sobering to consider that, despite the attention and social media following and the heart-eyes emojis we receive during the show, most of the new influencers we have access to are not from the all interested in what we have to say about things that don’t relate to our experience on the show. They’re not all interested in what we hope to do with this experience, and it’s certainly not a priority for them to make sure we succeed after the show. Why should they, anyway? The people we’re thrilled to suddenly have access to are people who put in the time and work to be in rooms we’ve suddenly found ourselves in. We are in these plays because we were crazy or adventurous enough to be vulnerable in a staged environment during the watching world.

I remind my peers that the credibility you think you have before the show doesn’t really exist with the new people you have access to. As you can imagine, this kind of feedback is not always welcomed by everyone who asks for it. For those asking about how to proceed, I tell them that their ability to earn respect and credibility while maintaining your access will be what determines whether they have lasting success outside of their time on the show. . I will tell them to first understand what excites them. Then I remind them that it will take time. They should focus on surprising people with humility, a desire to get the job done, and an ability to be an independent thinker.

The hype that comes from being on the show is almost as predictable as clockwork. The first few months after the show are wild. They are filled with exciting event invites and fan attention. And then a new season begins with 30 new names, and the fleeting sense of relevance is very noticeable. It’s an uncomfortable feeling, even though you told yourself you knew it was coming.

When old people come to ask me how to keep everything going, I tell them to get to work. I remind them that it’s been almost six years since I’ve been on the show, and I only feel now that I’ve settled into a career of my own. Anyone who has had fame on the show is hoping to part ways with the show that gave them the platform they enjoy now. I am no different. It’s something we’ve all struggled with, especially if it’s the respect we crave, after realizing that’s one of the things the show doesn’t give you.

It was a series of trial and error for me, but I found a good balance. I have always been passionate and interested in social dynamics, and have always been the friend that other friends come to for advice when they want direct and honest feedback. Thinking about what I’m good at and what I’m passionate about, I’ve always thought that I could be someone who would surprise you with some sound advice for dealing with adversity in love and dating. As you can imagine, this was no easy task, especially for me, who was best known as unlucky in love when it came to my time on the show. Nonetheless, I still believed that I could earn the respect and trust of my audience, and I was willing to take the time and accept the criticism that came along the way.

I just finished recording my 400th episode for my podcast, “The Viall Files”, which is a mix of relationship advice for callers, breaking down everything that’s happening in the world of “The Bachelor” right now, and interviewing some amazing people and some of your favorite celebrities. With over 80 million downloads and a handful of awards, I finally feel like I’ve done something that belongs to me.

When I’m asked to reflect on my time on the show and sum up my experience, I’ve always said it’s nothing I’m proud of, but I’m not shy about it either. What I am is grateful – grateful for all the great friends I’ve made, the experiences I’ve enjoyed (and survived) and above all, the opportunity to wake up each day and know that my work is my passion. . It’s been almost eight years since I left a life I was content with, selling software to companies in need of better operations management. Everything I currently do in my professional life wouldn’t have happened if I hadn’t been on the show. It wasn’t without a lot of challenges, emotional anguish and a lot of doubts, but it was worth it. For that, I will be eternally grateful.

This interview has been edited and condensed.