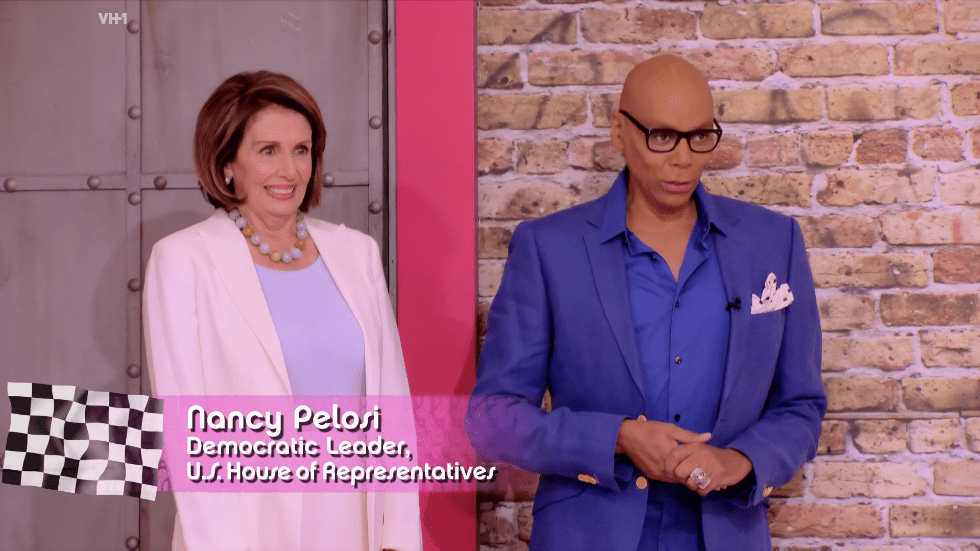 Speaker Nancy Pelosi (D-California) voiced her support for the drag community and encouraged Americans to vote during her appearance on the reality show “RuPaul’s Drag Race” over the weekend.

On Saturday, Pelosi made a surprise appearance on the seventh season of “RuPaul’s Drag Race All Stars,” walking center stage past the contestants before delivering a short speech in support of the competing drag queens and the show as a whole.

“My honor to be here, to tell you all how proud we are of you,” Pelosi said. “Thank you for the joy and beauty you bring to the world. Your freedom to express yourself in drag is what America is all about.

The president also encouraged Americans to get out and vote in the upcoming midterm elections.

RuPaul Andre Charles, the contest host, thanked Pelosi “for the work you have done and the work you continue to do tirelessly for our freedom.”

“Your tenacity is something we all admire,” Charles said.

“RuPaul’s Drag Race All Stars” pits drag queens competing against each other to become “Queen of All Queens” and win a $200,000 prize. The final season premiered on Paramount+ on May 20.

Pelosi last made an appearance on the show in 2018. After the first appearance, she praised the stars and contestants she met.

Pelosi’s latest cameo on Saturday was teased in May. The congressional leader emerged after a series of anti-transgender and anti-LGBTQ laws were passed in Republican-led states, including a law banning discussion of sexual orientation and gender identity. kindergarten through third grade in Florida and a directive in Texas. directing state officials to investigate parents who allow their child to receive gender-affirming care.