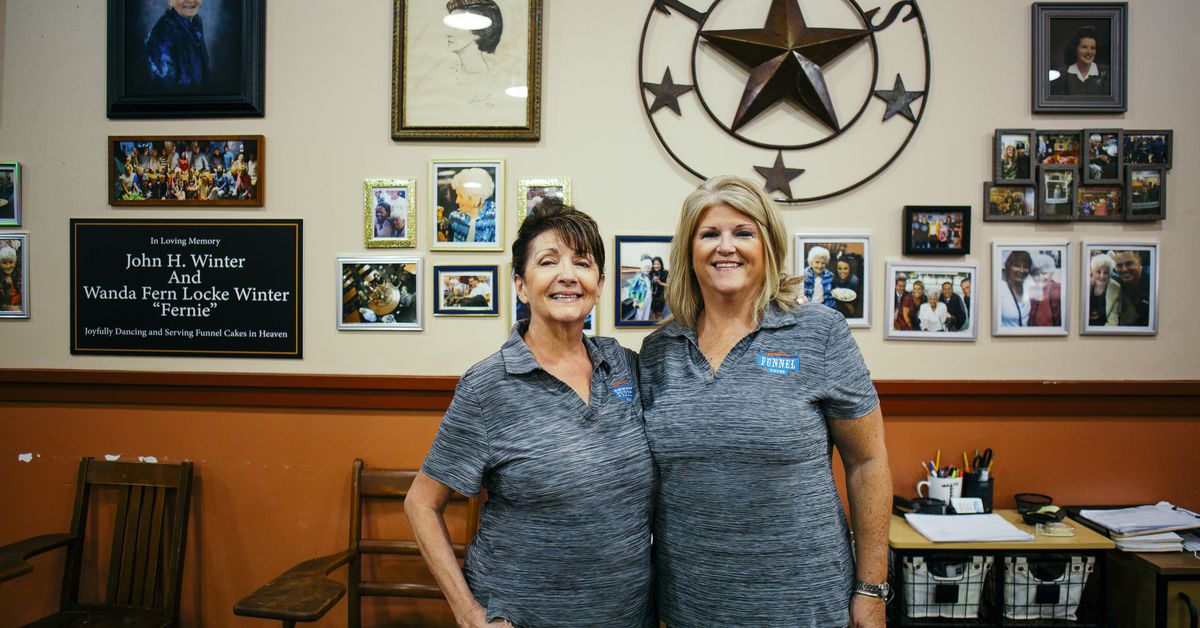 A&E’s promotional materials describe the show’s premise as the “American Dream, Fried, Chocolate Covered and Bacon Wrapped”. For sisters Johnna McKee and Christi Erpillo, operators of the iconic Fernie’s Funnel Cakes and several other kiosks featured on “Deep Fried Dynasty,” it’s a profession that lends itself easily to a reality show.

“It’s the greatest show on earth for 24 days. Everyone just needs to be a fly on the wall and it gives them the opportunity to see what’s going on,” Erpillo told Eater. We are proud to be dealers at the State Fair of Texas. Some people may say we are carnies, that’s fine with me. I love it. I embrace my inner carnie.

The fair’s time constraints naturally lead to drama. “You basically have 300 hours to earn a living for the year. You don’t get 301 hours, you don’t get 305 hours. There’s just a lot going on in those 24 days,” Erpillo says. The two sisters did not want to spoil the surprises, but the show is rich in emotions. “I couldn’t imagine I’d be crying on TV saying I can’t believe I’m crying about funnel cakes,” McKee jokes.

Then there is the friendly competition between sellers. “We love each other a lot and would give each other shirt off,” Erpillo says, but notes that it may turn into a “food fight” as competition heats up for the annual Big Tex Choice Awards.

The show also touches on family dynamics. This was the first fair McKee and Erpillo had held their five booths without their beloved mother and State Fair of Texas member Fernie, who started working at the State Fair with her husband in 1967 and was the first booth to bring funnel cakes to the fair. Wanda ‘Fernie’ Winter died in 2021 at the age of 95, and show patrons paid their respects to Fernie by bringing flowers to her booth.

What would Fernie think if her daughters became reality TV stars?

“His jacket buttons would pop,” Erpillo joked. “Every time we did a TV show, she always said, ‘Those are my girls, I taught them everything I know. “”

McKee added: “Mom and dad must be so proud. We want it to continue. We want to pass it on to the next generation.