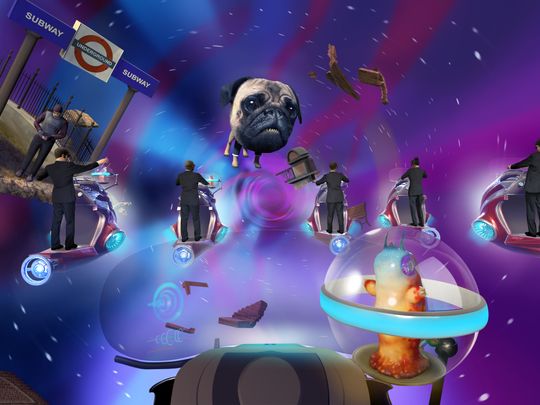 By teaming up with Sony Pictures Virtual Reality (SPVR), “Men in Black fans” will dress up as agents, swap sunglasses for a VR headset, and embark on a thrilling adventure.

We are delighted to partner again with Majid Al Futtaim, who are at the forefront of entertainment in the Middle East. MIB: First Assignment releases nearly 25 years after the film, demonstrating the enduring appeal of the franchise, and the experience completely immerses fans in an iconic cinematic world, making them the star of their own intergalactic adventure. Since its debut in Los Angeles, it has received rave reviews and we can’t wait to bring this new adventure to audiences across the region for the first time,” Walter Parkes, co-founder and CEO of Dreamscape and executive producer of “Men in Black”. “said the film franchise.

“We are extremely excited to expand our offering at Dreamscape with the launch of a ‘MIB: First Assignment’, which transports guests to an immersive new world and allows them to be at the heart of the action. “, Ignace Lahoud, CEO at Majid Al Futtaim Leisure, entertainment and cinemas added.

“MIB: First Assignment” is a fast-paced location experience where groups of up to six agents enter MIB headquarters and must quickly accept their first assignment as the fate of the universe rests in their hands.

The tentacled octopuses threaten the Zarthanian royal family, who hold the key to intergalactic peace. Traveling aboard zipped hovercraft, guests and their team of agents will work together to evade alien escapees and return safely to the MIB base.

Advance tickets for the epic adventure are now on sale online.

Dreamscape currently offers three original and critically acclaimed adventures, free-roaming Dubai, one where visitors travel to a wildlife refuge of intergalactic creatures in the Alien Zoo; dive into a daring adventure to find the cursed treasure in Curse of the Lost: A Magic Projector Adventure or travel to the depths of the ocean in The Blu: Deep Rescue.

In 2019, Majid Al Futtaim brought the Dreamscape experience to Mall of the Emirates, marking the first international location outside of the United States. Backed by household names such as acclaimed director Steven Spielberg and composer Hans Zimmer, Dreamscape Immersive was founded in 2017 by Swiss computer scientists Caecilia Charbonnier, Sylvain Chagué and entrepreneur Ronald Menzel.