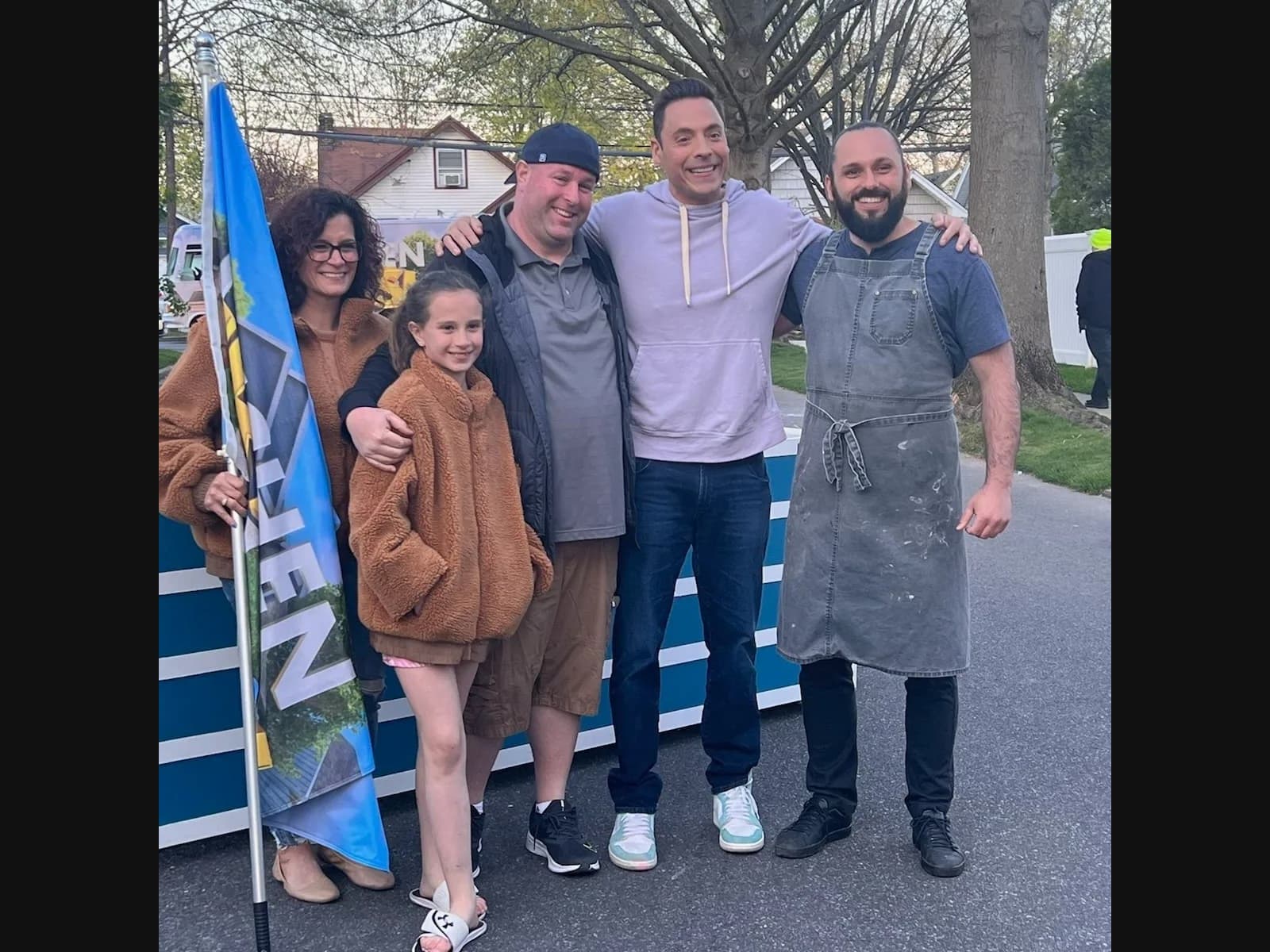 Heather and Matt Zwillick were among three families shortlisted for a block party battle. However, when a chef knocked on their door before check-in, they learned of the surprise.

The chef would have to raid the kitchen for ingredients to create two separate meals and a dessert, competing against two other chefs and neighbors on their street.

Adding to the suspense, Heather said, the producers changed the finish time, “to unsettle us on some things.”

She was getting ready for the shower and her husband Matt was in the garden when the chef started knocking on the door.

Matt had one of the funniest lines on the show, saying they showed up before he could even brush his teeth.

“They made me say that three times to get it right,” he said.

Heather hadn’t gone shopping. There was no bread. So chef Brandon Campney, who won “Chopped,” had to improvise. But it was creative and tasty enough for the judges to split the $10,000 with the Zwillicks.

“We had what we were doing for the block party,” Heather said. “I had this huge bag of Mexican cheese [and] that’s what he used to make the tacos.”

It was recorded in April for several hours. Heather saw the ad posted on a Facebook page looking for families on a close-knit block, helping put Malverne on the map.

“I love that it showcases our town, our village,” she said. “Malverne is so small that many people on Long Island don’t know where it is.”

Matt, who is from Bayside, said of his adopted home, “It’s so small that everyone knows everyone else’s stuff.”

Viewers see Heather, Matt and their 10-year-old daughter Shelby as their leader’s cheer squad. Their 7-year-old son Chase opted out of the production.

But Heather and Matt are no strangers to TV, having appeared on “The Newlywed Game” 13 years ago.

“That money has been spent,” Heather laughed.