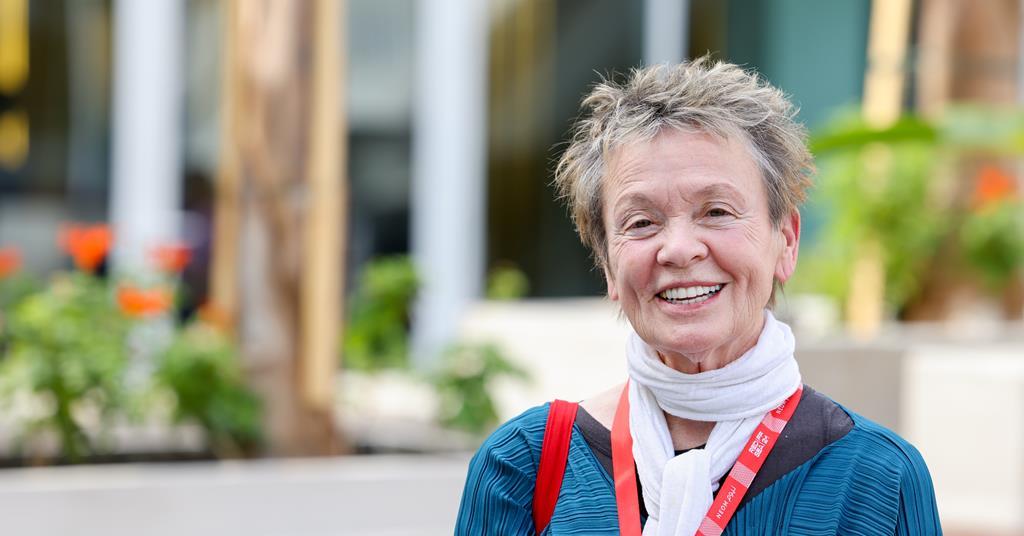 Red Sea Immersive, the virtual reality component of the Red Sea International Film Festival, offered a program of 21 works, including a selection of 13 pieces in competition.

The end of the night by David Adler, a collaboration between Denmark and France, won the Golden Yusr Immersive Award, which includes a cash prize of $ 10,000.

Anderson has explored a wide range of forms and media over the decades, from writing and painting to tech-mediated performances, filmmaking and virtual reality explorations.

“I’m an ideal jury member, because I’ll put up with anything, and I’ll just see, ‘What kind of story are you telling? How do you say it? ‘ Â», She explains.

â€œVirtual reality has a unique relationship with storytelling, unlike most movies,â€ suggests Anderson. â€œThere are some very narrative VR pieces that are actually meta-narratives: a voice tells you a story, and you look around, so you’re trapped in it. It’s almost like a Chris Marker movie. You have someone talking to you and you are loosely associated with the imagery.

Anderson’s virtual reality work includes a 15-minute piece titled To the moon which she produced with Taiwanese artist and filmmaker Hsin-Chien Huang in 2019.

â€œI wanted to do something more on the fly,â€ she explains. â€œThis is how my first pieces were about flying through spaces without narrative.

â€œMy secret motivation for doing VR was to create something for kids that wasn’t shoot and get shot, because it’s play. At that time, the audience was 10-year-old boys. . I have nothing against 10 year old boys, but wanted to do something else that was another way of navigating the world other than killing and [laughs] get killed, marked or even seen.

The 13 VR experiences that were played in competition at Red Sea are: Anandala, The end of the night, Genesis, Overview, Goliath: playing with reality, Kusunda, Laika, Lavrynthos, The Bal De Paris De Blanca Li, Marco & Polo Go Round, Re-educated, Samsara (Mon Hui) and The sick rose.

The program is presented in collaboration with Art Jameel, the Saudi nonprofit organization that commissions, incubates and exhibits contemporary art from the MENA region, and hosted by Hayy Jameel, the new art center in Jeddah.