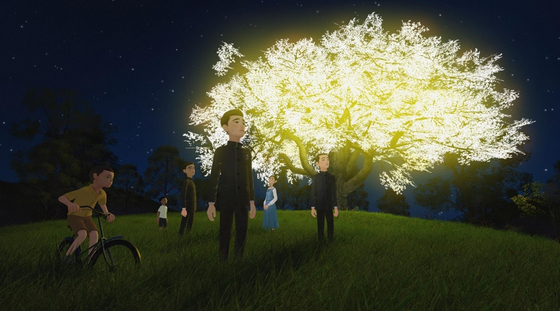 The VR film “Poet’s Room” has been invited to compete for the Immersive section of the upcoming Venice International Film Festival. [KOREA CULTURAL HERITAGE ADMINISTRATION]

Virtual reality (VR) film “Poet’s Room” has been invited to compete in the Immersive section of the 79th Venice International Film Festival, according to the Cultural Heritage Administration (CHA) and the Korean Cultural Heritage Foundation on Thursday.

“Poet’s Room” is a historical fiction film that oscillates between dream and reality about the poet Yun Dong-ju (1917-45), known for his poetry of resistance against Japanese colonialism during the Japanese occupation of Korea from 1910- 45. The film depicts Yun’s dreams and anguish through nine of his poems.

The CHA and the Korea Cultural Heritage Foundation organized the project to make cultural heritages widely recognized around the world. Director Bryan Ku, also known as Ku Bom-sok, behind the VR content of Bong Joon-ho’s “Parasite” (2019), has taken the helm of the film. Director Yang Jung-ung, who hosted the opening and closing ceremonies of the PyeongChang 2018 Winter Olympics, participated in the production, and Yun Dong-ju’s voice was performed by the actor Lee Sang-yoon.

“Through Korea’s digital technology, it will be a chance for our cultural heritage to be naturally presented to the world,” said Kim Ki-sam, director of cultural heritage content at the Cultural Heritage Foundation of Korea.

The Venice International Film Festival is known as one of the three most prestigious film festivals along with Cannes and Berlin.

“Poet’s Room” will have its world premiere during the festival from August 31 to September 10.

The film is slated for a local release at the end of this year, and information such as trailers and a synopsis of the film can be viewed via the YouTube channel titled “K-Heritage. TV.”