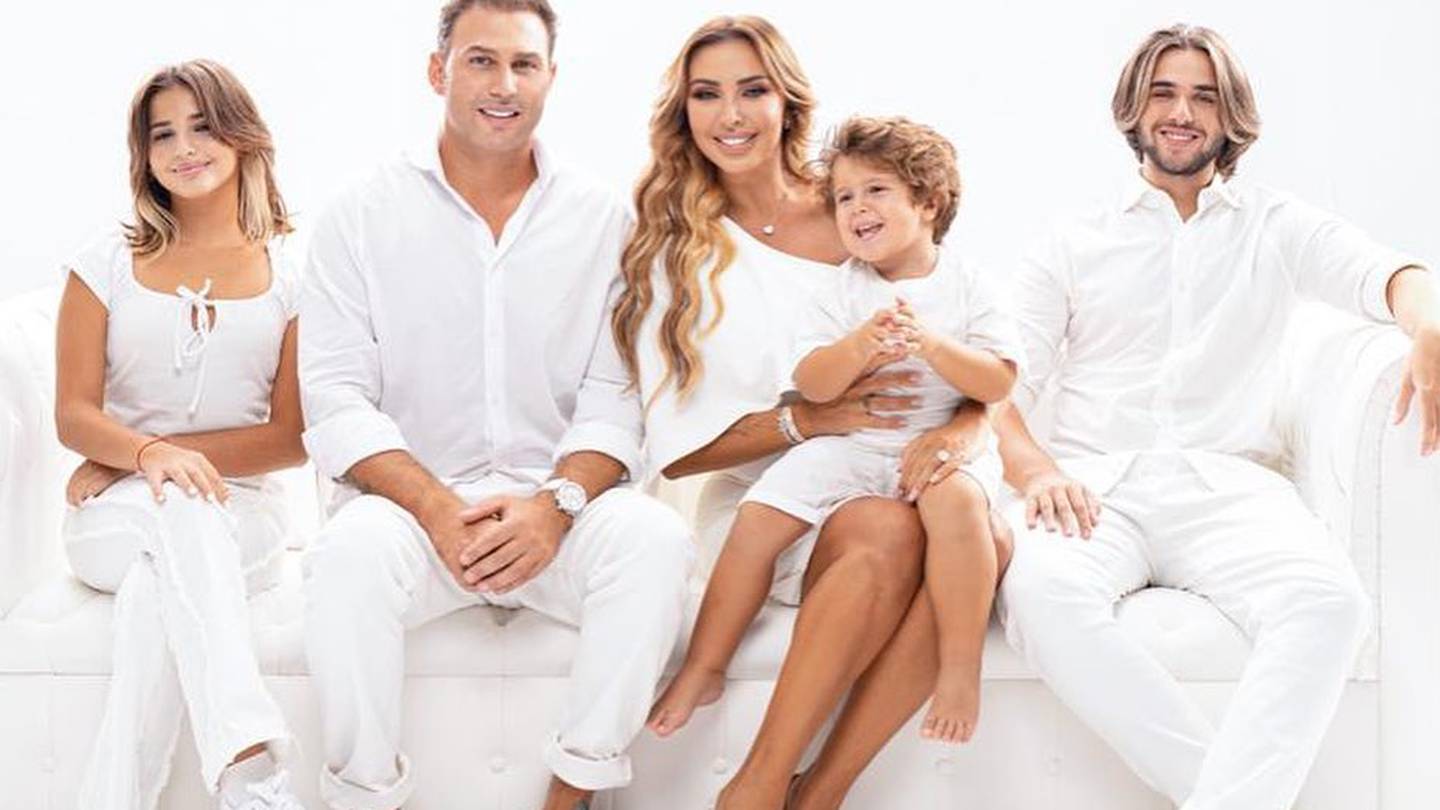 She’s built a successful beauty empire, amassed over 18 million likes on social media, and now Joelle Mardinian is opening her life up to the cameras.

The Beirut-born entrepreneur, who lives in Dubai, is the star of new MBC original series Shahid VIP Joelle Unfiltered, which follows her as she runs her successful business empire and takes care of her family, including her three children, Bailey, Ella and Nathan, alongside her husband Kamal.

Four years of preparation Joelle Unfiltered will premiere on February 14. In the show, the star reveals a number of aspects of her life that she has never spoken about publicly, including how she adopted her son Nathan, 3, in 2018, as well as her wish to adopt another child in the future.

The series was filmed at the family home in Dubai, as well as in London, where eldest son Bailey, 21, currently lives and studies. Clips also show the family in the Maldives and Jordan.

The National got a preview of episode one ahead of its launch next week. “Some people think I’m too emotional, too crazy,” Mardinian, 44, says in a clip, “But why should I care what people think.”

Speaking ahead of launch, she said: “You’re going to see us for real.

“We all know the face of the person we see during the day but no one knows what is going on under their roof. I gave [the show] everything, everything was filmed.

“The most encouraging thing in my life and the thing that makes me feel that I am really doing something good is knowing that Shahid and MBC, this great association in the Arab world, have so much confidence in me. .it’s mind-blowing.

Mardinian moved to Dubai from London in 2004, starting as a makeup artist and later opening the high-end beauty salon Maison de Joelle in 2008. The brand has expanded across the Middle East and in 2013 was joined by the cosmetic clinic. Clinica Joelle, which now has outposts in the United Arab Emirates, Saudi Arabia, Egypt and Kuwait.

Mardinian is also the founder of contact lens company EyeCandy, which launched in 2021, a process that will be featured on the show.

Describing the experience of leaving the cameras in her home, she said the team felt like “one big family”.

“I felt so safe and so happy,” she said. “It was really like a family.”