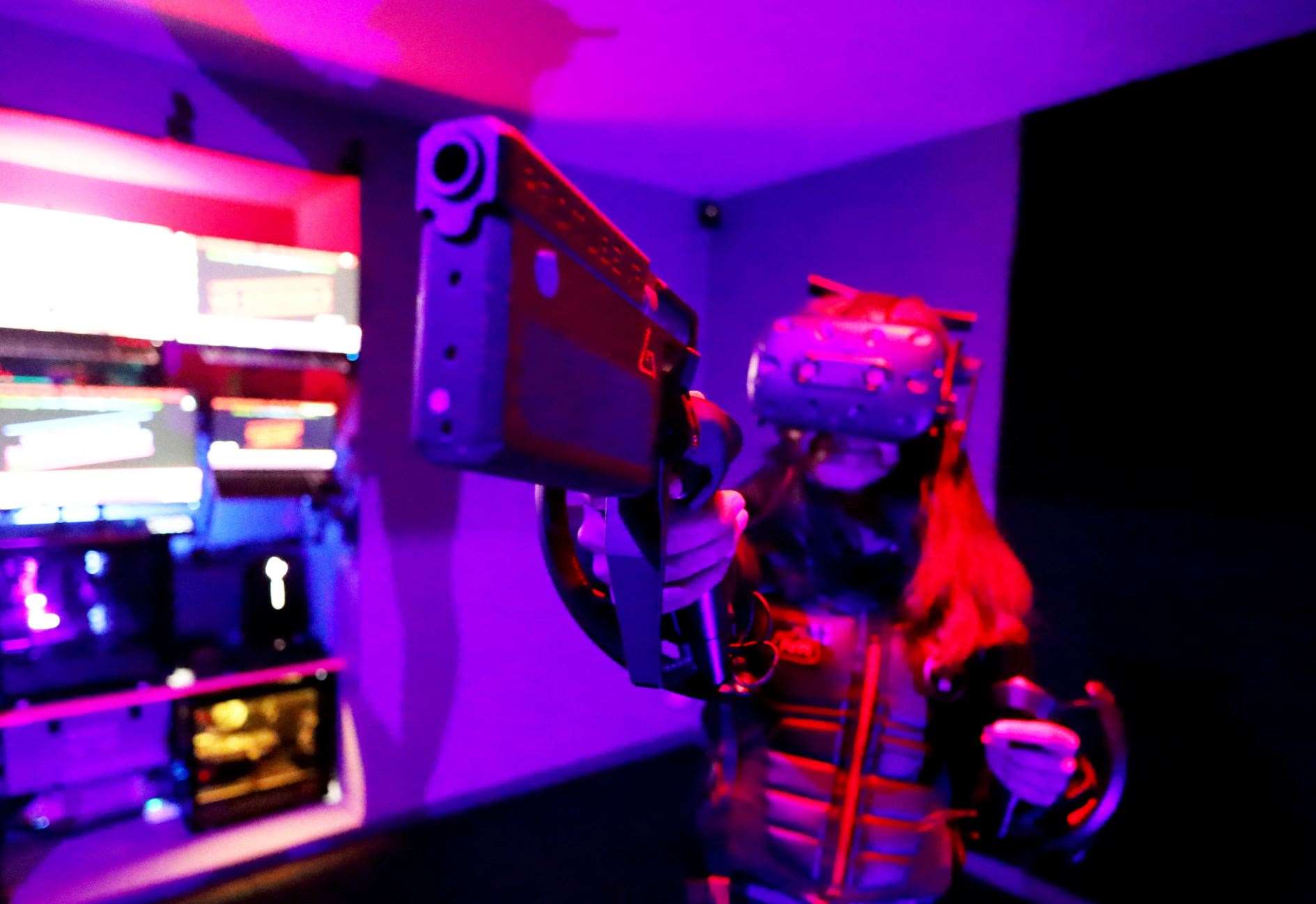 A NEW Virtual Reality Arcade has opened in Inverness, giving players the chance to shoot pirates, aliens, zombies and more in a fully immersive experience.

It is run by John Watts (43) who has invested thousands of pounds in cutting edge technology.

It includes guns that recoil when fired and haptic suits that make the user feel if they have been hit or hit.

The development also offers omni-directional treadmills and virtual reality escape rooms – something unique to its business in the Highlands.

Mr Watts said: “I wouldn’t describe myself as a great player. More interested in technology.

“The idea of ​​virtual reality at the time was science fiction – a childhood dream.

“So to be able to do that and share experiences like that is a lot of fun.

“The idea was to bring something to the Highlands that no one had ever done before.”

Mr Watts said he originally planned to open in May 2020 with a full-scale arcade.

But that plan, like many other start-ups, was wiped out by the pandemic.

He said: “Luckily at that time I had all the equipment.

“My feeling is that if you want to do something like this, you have to make it much better than anything else.

“I have a background in sales and marketing.

“But you get to a point and think ‘life is too short’ and if you can spend your time doing something you love, that’s a much better way of life.”

Mr Watts has struck a deal with game developer Ubisoft to license a number of escape room games typically only found in theme parks.

These involve partners or teams working together to find a way out of different scenarios.

He said: ‘I’m the only place north of Glasgow that has them.

“You play in groups of two or four and everything you do you have to do together. It’s about working as a team.

“They are just awesome.

“I’ve been into virtual reality since its inception and was blown away.”

Do you want to react to this article ? If yes, click here to submit your thoughts and they may be published in print.