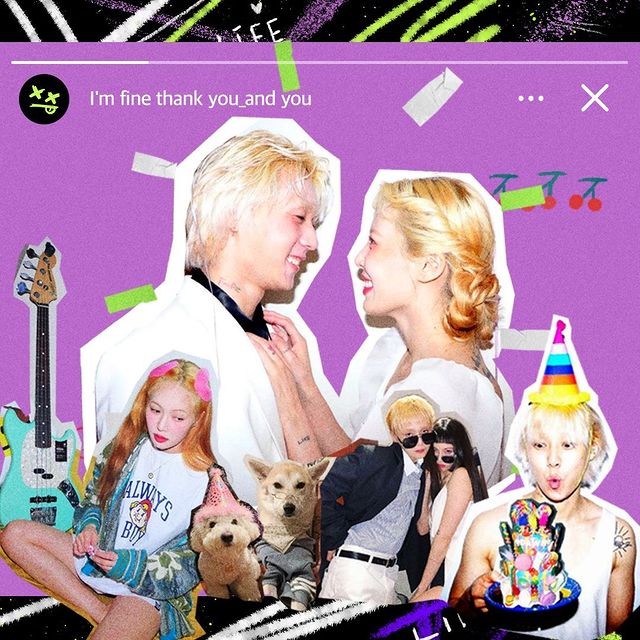 Exciting news for HyunA and Dawn fans around the world. The power couple Kpop will share moments from their daily lives in a new reality show, â€œI’m fine, thank you and you?â€. The show will be a new Studio LuluLala series, and fans will see how the two interact after five years of dating.

JTBC Studio owns the Studio LuluLala digital content label. Studio LuluLala announcement the reality show on Instagram a few hours ago, but netizens have already started to show their support and enthusiasm. The poster shared on social media shows moments from the couple’s relationship. There is no release date information, but the reality show will capture the couple’s relationship during their busy idol life.

The popular couple appeared on SBS’s ‘My Ugly Duckling’ as a guest earlier this year. They talked about their relationship with each other’s parents, their names and the ups and downs of their five-year relationship. Dawn confessed that she was scared enough when HyunA called her Kim Hyo Jong, her real name.

The couple shared that they visited fortune tellers and were told some funny stories. Dawn said that a fortune teller told them he had been a gisaeng in a previous life, while HyunA was a general. Another told them that they had met in a previous life and had broken up. The couple shared their take on long-term relationships, their take on love and more. Last month, they showed their couple a new couple tattoo on social media. The tattoo spells out ‘LIFE’ if they bring their hands together. Dawn tattooed the letter ‘LI’ and HyunA ‘FE’.