Great cinema, in the end, is synonymous with escape for the public. Individuals, couples, families and groups of friends flock to movie theaters to put aside the trials and tribulations of their lives for a solid two to three hours. No matter what genre a movie belongs to, audiences love watching a gripping story while munching on a bucket of popcorn. Seeking greater audience engagement at all times, filmmakers have moved from 2D to 3D and even 4D to “bring their films to their audiences”. Now, virtual reality promises to reverse that scenario, “bringing the audience inside the movie” instead. After all, there is no more engaging cinematic experience than literally immersing viewers in a film.

Conceptually, virtual reality already has applications in workplace employee safety training, paralysis treatment, and several other areas. Virtual reality’s near-realistic simulation creation capabilities in such application areas are well suited for cinematic use. To optimize the cinematic experience, virtual reality filmmaking seeks to harness technology to break down the fourth wall that stands between the audience and the characters in the film. 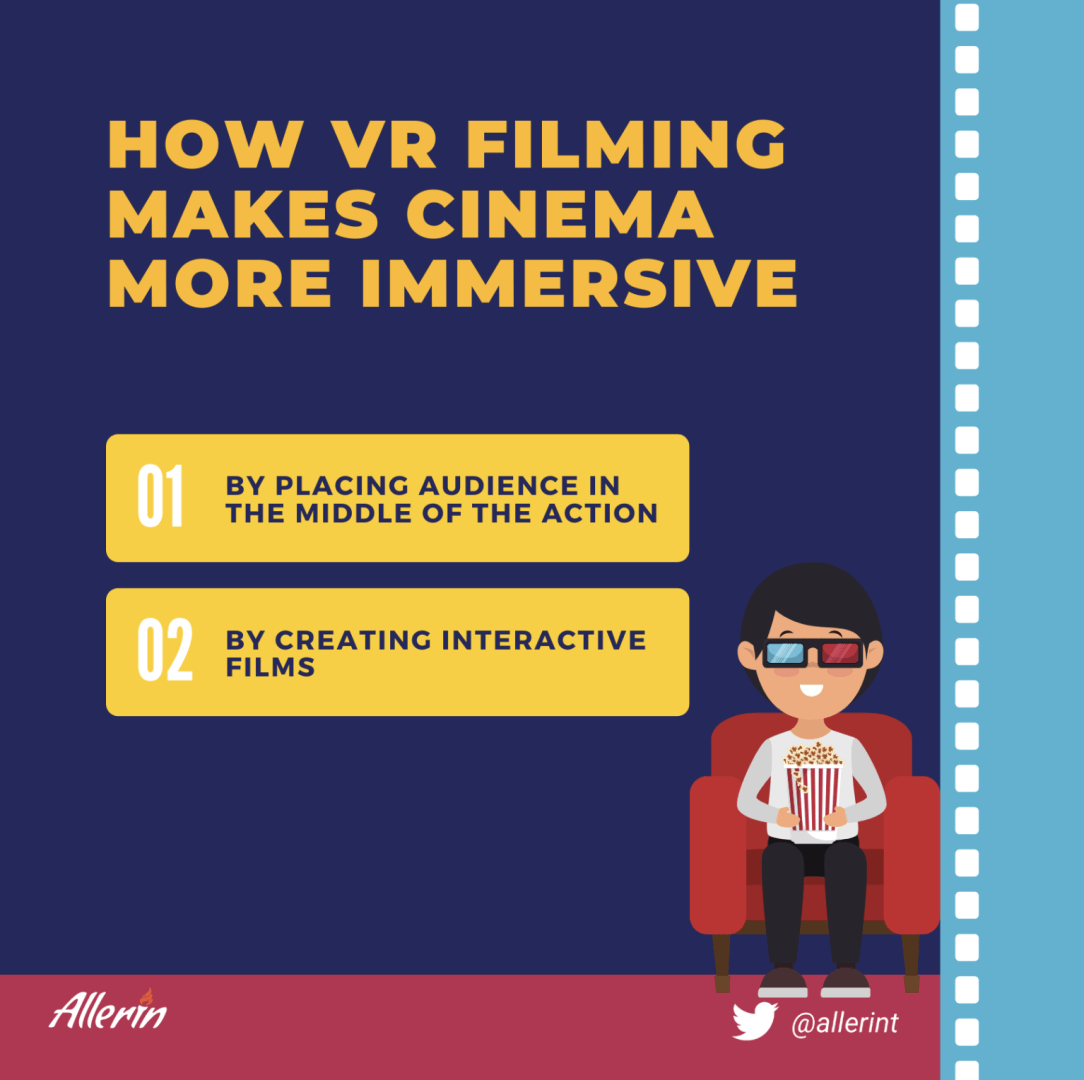 Putting the audience at the center of the action

Virtual reality involves the use of devices such as specialized headsets and wearable controllers to allow audiences to experience tactile, visual, auditory and other sensations while watching a movie. VR movies will be similar to several games, such as Fortnite, that can be played in VR with a headset and handheld controllers. These games and movies allow users to “walk around” and get a full 360-degree view of where every scene takes place in a VR movie. As a result, the audience, in their virtual avatar, can see character arguments, action scenes, and other moments in the film up close. This increases the engagement between the movies and the audience by adding scale and realism to every scene. Several major blockbusters – Dunkirk, Alien: Covenant and many more – have dabbled in VR lately, and the trend is set to continue in the future as well.

The next evolution of VR cinema could involve the ability for audiences to interact with characters in the film. Although it’s a bit far-fetched, the closest VR movie is in the 2017 VR Movie Dear Angelique. In the film, viewers can use virtual reality to access each character’s thoughts. The possibilities are tantalizing – imagine a movie where users could discuss war strategies with movie generals or provide suggestions to characters who are unsure of their decisions. Whether anyone would enjoy such a movie is debatable.

Virtual reality filmmaking provides another example of the diverse and interesting ways of using technology.