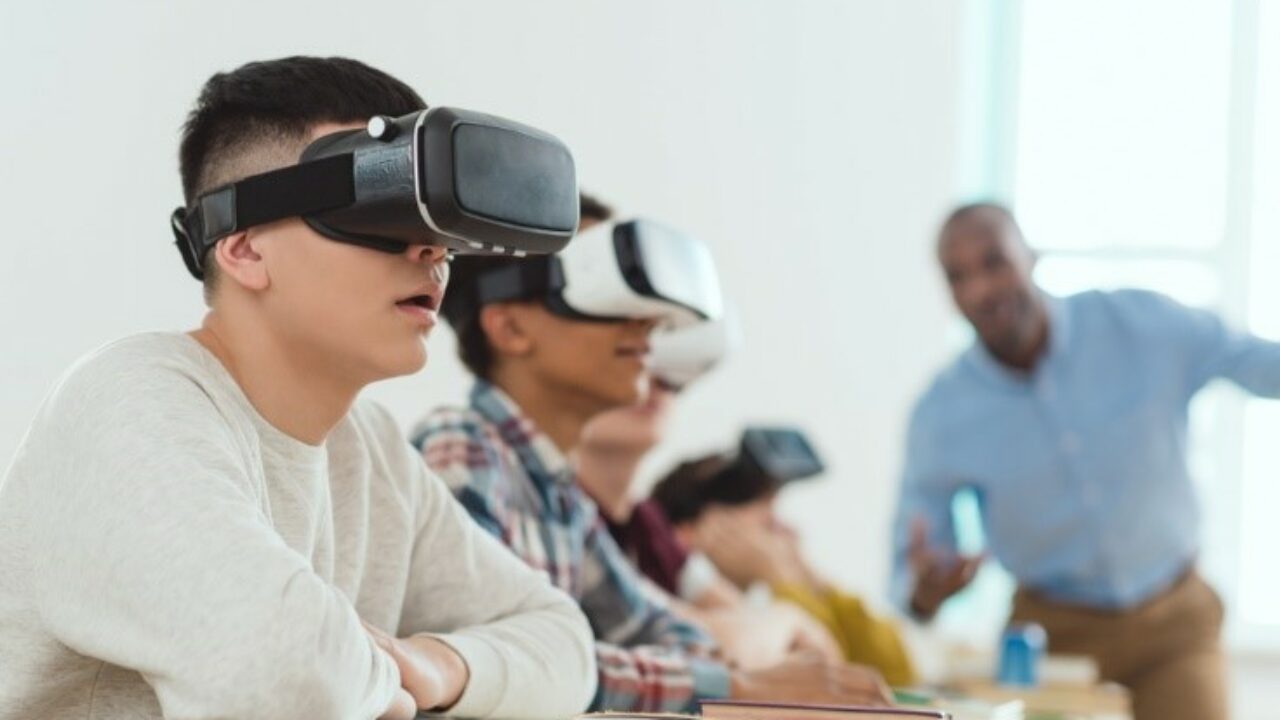 What is Virtual Reality?

Virtual reality (VR) is a simulated experience that can be similar or completely different from the real world. Virtual reality applications include entertainment (eg video games) and education (eg medical or military training). Other potential uses include shopping, architecture, engineering and design.

Most virtual reality experiences are created using computer technology, which generates realistic images, sounds, and other sensations that simulate the physical presence of a user in a virtual environment. This technology is often used in conjunction with head-mounted displays (HMDs), gloves, and other body-tracking systems to provide a more immersive experience.

What is Augmented Reality?

Augmented Reality (AR) is a live, direct, or indirect view of a real-world physical environment whose elements are “augmented” by computer-generated sensory inputs such as sound, video, graphics, or data GPS. It is related to a more general concept called mediated reality, in which a view of reality is modified (perhaps even diminished rather than augmented) by a computer. As a result, the technology works by enhancing one’s current perception of reality. In contrast, virtual reality replaces the real world with a simulated world.

What is Augmented Reality?

There are many potential applications for AR technology. For example, it could be used to provide environmental information to soldiers on a battlefield. It could also be used to aid surgeons during surgery or to give instructions to mechanics while they are fixing a car. AR can also be used for entertainment, such as in video games or in movies.

The technology that enables AR is still in its early stages of development and many challenges need to be addressed before it can be widely adopted. For example, computer-generated images must be realistic enough to blend in seamlessly with the real world, and the system must be able to track the user’s movements so that the images are correctly placed in the user’s field of vision.

The difference between virtual reality and augmented reality

When it comes to emerging technologies, virtual reality (VR) and augmented reality (AR) are two of the most talked about technologies. But what exactly is the difference between the two?

Virtual reality is a completely immersive experience where you are transported to a different world. All of your senses are engaged as you interact with this new environment. Augmented reality, on the other hand, superimposes digital information on the real world. You can still see and hear the real world around you, but augmented reality adds a layer of computer-generated data.

One of the main differences between VR and AR is how they are used. Virtual reality is mainly used for entertainment, gaming and educational purposes. AR, on the other hand, has more practical applications. It is used in a variety of industries such as manufacturing, healthcare, retail, and even construction.

So which is the best? It really depends on what you want to use it for. If you’re looking for an immersive experience that will transport you to another world, virtual reality is probably your best bet. But if you’re looking for something with more practical apps, then AR might be a better choice.

How to choose the right one for you

When it comes to cutting-edge technology, it can be difficult to keep up to date with the latest. But when it comes to virtual reality (VR) and augmented reality (AR), you don’t want to be left behind. Both of these immersive technologies are rapidly gaining popularity, but what’s the difference between them? And most importantly, which one is right for you?

Virtual reality is a completely immersive experience that takes place in a computer-generated environment. You strap on a VR headset and are transported to a different world where you can interact with objects and people. AR, on the other hand, superimposes computer-generated images on the real world. This allows you to interact with digital objects in your physical environment.

So which one to choose? It really depends on what you want to use it for. Virtual reality is great for gaming, watching movies, and exploring new environments. AR is ideal for productivity applications and for gaining insights overlaid on the real world.

If you’re still not sure, why not try both? There are many affordable VR headsets on the market that will allow you to immerse yourself in the virtual world.