Skip to content
The meeting of tradition and technology was the culmination of the third week of India’s Attakkalari Biennial, a transglocal community arts engagement initiative involving more than 12 countries.

CyberBallet by Berlin theater collective CyberRäuber is an interactive virtual reality (VR) installation that takes viewers on an immersive journey of movement and dance from the perspective of artificial intelligence.

Held in 25-minute sessions, each with four participants, this standalone VR experience was conceptualized and produced by Marcel Karnapke and Björn Lengers in collaboration with Karlsruhe-based dance company Badisches Staatsballett.

CyberBallet explores what it means to be human, to be able to have a body and move around in physical space. “The idea for this production was conceived in 2019. When the ballet company approached us for a collaboration, we were already thinking about AI and what it could mean in the field of art. , in particular the performing arts, so we tried to connect the two fields and explored the question of how a machine perceives movement,” says Lengers.

To put the piece together, Karnapke and Lengers captured the movements of professional dancers, processed the data using machine learning algorithms, and transferred it to an interactive 3D stage. As a spectator, one is free to simply watch or play at the same time.

Speaking of the assembly process, Lengers says, “We wanted to capture what the dancers are doing. At first, we recorded the traditional two-dimensional video, then we used 360-degree and 180-degree 3D cameras to record the movements of the dance ensemble in a prepared space. We also used a motion capture suit, which has over 19 small sensors that can be attached to limbs. 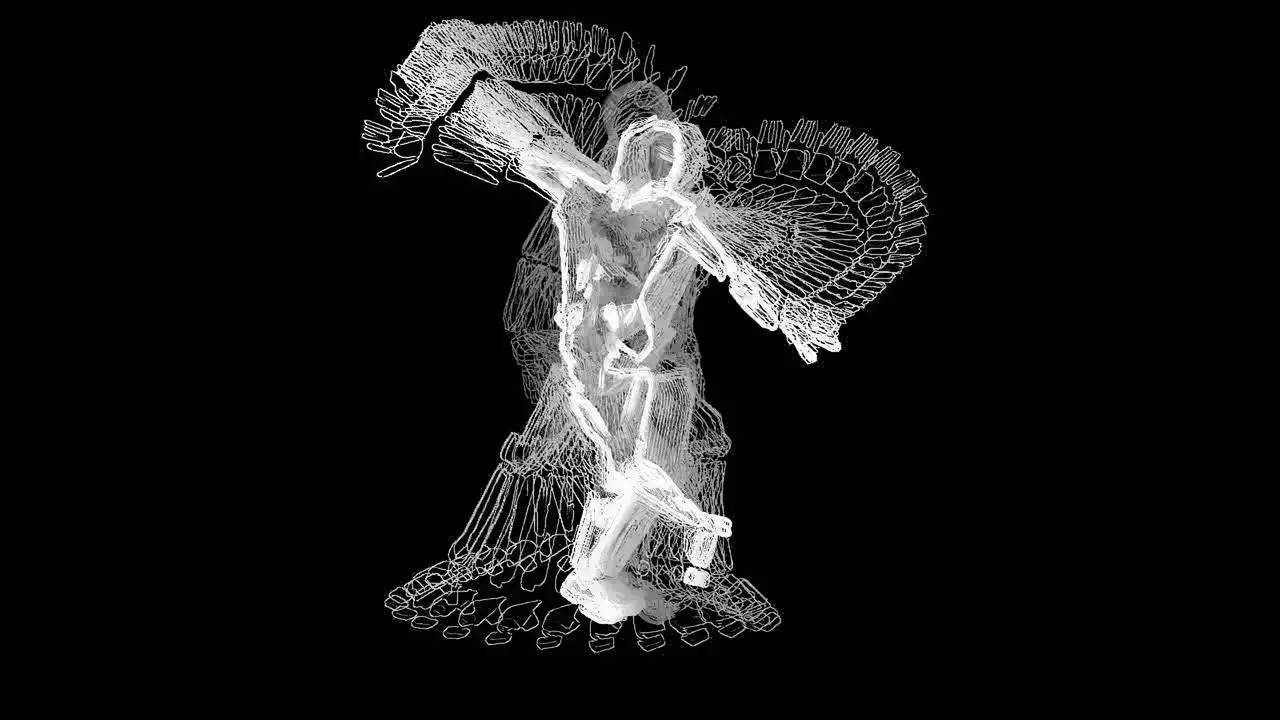 During the show, each participant has a dedicated space of 5mx5m in the hall where the installation is installed. At the start, the viewer – equipped with VR headsets and earphones – is transported into space, surrounded by infinite space and stars. While several dancers can be seen moving their bodies to the music, there are two huge video walls facing each other, where a multitude of image stories scroll simultaneously.

“Of course, you can’t see everything,” says Lengers, adding that the most interesting thing is to watch how people interact. “Every reaction is special. Many moved and danced along with the choreography, while some focused on what was happening on the video wall, ignoring the dancers. Any type of reaction is acceptable. We don’t want to force anyone to do anything. It’s interesting to see how people interpret things, what they see and what they don’t see,” he shares, adding that if CyberBallet was their foray into experimentation virtual reality with dance, the team is already producing its next dance piece.