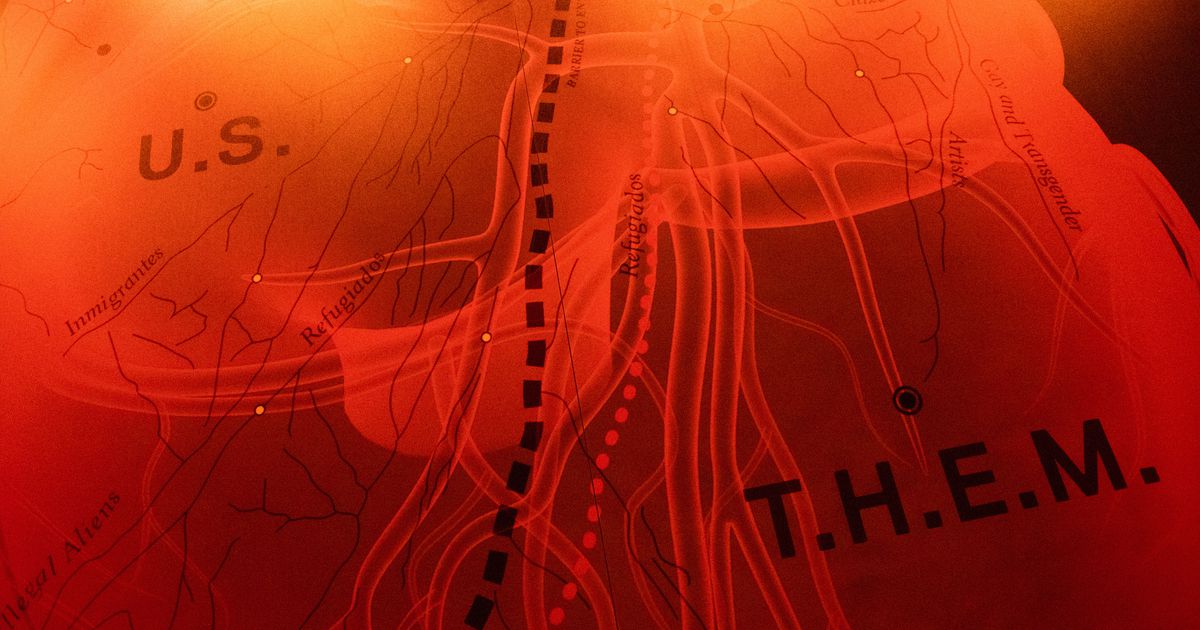 For the past 20 years, virtual reality has been heralded as the future. Its uses extend to medicine, education, military training, and countless commercial sectors. One of its most complicated applications, and which is at the heart of “Carne y Arena”, an art exhibition open since January in Fair Park, is in “Empath Building”. In this case, the public is invited to walk, literally, in the footsteps of migrants crossing the border from Mexico to Texas.

“Carne y Arena: (Virtually Present, Physically Invisible)” is a large-scale artistic experience. It was created in 2017 by renowned Hollywood director Alejandro Iñárritu, it premiered at the Cannes Film Festival and won a special Oscar for its innovative techniques. Since his debut, he has toured Los Angeles, Mexico City, Montreal and Washington, DC Through a partnership with the Nasher Sculpture Center and the George W. Bush Presidential Center, he made his first stop in Texas. It recently extended its run until May 8.

It’s a big deal, yes, but it’s by no means a typical art experience. When you enter the Fair Park building that houses this exhibit, you find a dark, quiet room. You check in next to a replica of the border wall. Then, one at a time, you walk into a very cold waiting room, supposed to look like a holding cell, and a sign on the wall tells you to take off your shoes and put them in a locker. Around you, on the ground, discarded shoes collected at the Texas-Mexico border, as part of the long-term artistic practice of Valarie James and Antonia Gallegos. You wait three very long minutes for an alarm to sound that directs you to the main exhibit space, where you walk through rough, gritty sand and don the VR gear.

It is in this first room that the discomfort, or some kind of emotional response, begins to set in. But you will also be confronted with the dissociative duality of this experience. This room, this isolation, you are led to imagine, is what it feels like to be vulnerable in an unfamiliar place. Those shoes strewn around you are the shoes of someone desperate enough to make a long perilous journey from country to country. The people who once wore them are very real and could have been held in cells like this, known as helleras, or coolers – for two days, on average. And you are someone who paid at least $35 for an experience that will be over in less than 15 minutes.

As the sun rises in the Oculus Rift headset, visitors are immersed in a scene in which migrants are desperate for water, stumbling through the Sonoran Desert. In about six minutes, you will encounter several loud and scary interactions between Border Patrol agents and migrants. And while you can move through the space, you’re meant to see it from a migrant’s perspective. Border Patrol agents also point their flashlights and guns at you.

If you’ve never been in virtual reality before, it’s a wild and eye-opening experience. Having a 360 degree view of the desert and looking up to the sky and feeling the wind from the blades of a helicopter is unlike anything that can happen in a movie theater.

In interviews, Iñárritu, who won the Academy Award for Best Director for Birdman or (The Unexpected Virtue of Ignorance) and The ghost, said he had wanted to experiment with virtual reality for a decade before creating “Carne y Arena”. As a Mexican American, he has a long interest in stories of treacherous border crossings, even including a scene from one in the 2006 film. babel. He teamed up with cinematographer Emmanuel Lubezki and used the stories and experiences of real refugees. They even had these real people act out the scenes based on their experiences in a state-of-the-art stop-motion studio. For the people whose avatars you will see in the film, this virtual reality was their reality.

As visitors exit the experience, they encounter the most poignant aspect of the entire exhibit: a series of portraits of these people overlaid with narrative: a Border Patrol agent who recounts seeing someone die of exhaustion due to the heat, a woman who traveled in a van with hundreds of other people, a woman who sent her children before her. Unlike the rest of the tour, these stories aren’t part of the guided experience – they’re easy to navigate. I wonder what might happen if the experiences were reversed: first the real people, then the holding cell and virtual reality. Perhaps the experience would be less like a walk in a theme park.

In the VR experience, I found myself instinctively wringing my hands and politely stepping out of the way of the avatars. Had I explored space further, I might have walked through one of the figures like a ghost, only to have a fleshy, beating heart appear in my glasses. This same heart would be found in the migrants and the Border Patrol. It is a metaphor, certainly, but abstract. Are we really supposed to leave this experience thinking that everyone in this story is equal? That there are good people on both sides, and that’s it?

Leaving “Carne y Arena” can be disconcerting. I’m not a particular fan of normative art. I don’t like to be emotionally manipulated or told how I feel. But I found that Iñárritu’s work did both and neither at the same time. Here, we were thrust into a harrowing experience – one that left me feeling a bit exhausted – and sent off into the night without much context.

It’s been five years since this was done and about a decade since most of the stories we’ve witnessed have taken place; I couldn’t help wondering: Where are these refugees now? They are the centerpiece of the show. They are the inspiration, the writers, the actors. If developing empathy for these people, or others like them, is a goal of the play, why not shed some light on how their lives unfolded? Are they now US citizens? Are they OK?

I also wonder: who is this experience for? About 67% of immigrants who call Dallas home are from Mexico.; is it for them? Is it for the illegal immigrants who could find themselves in this story? If this is really realistic, would they find themselves once again traumatized? Or is he trying to teach a lesson to residents who have never considered fleeing their homes, certainly not on foot?

After the exhibit completed a three-museum tour, one of the original producers and backers, Emerson Collective, has teamed up with PHI Studio and Legendary Entertainment to kick off what they hope will be a tour of five years. Emerson is a philanthropic group founded by Laurene Powell Jobs, the widow of Apple co-founder Steve Jobs, which creates and funds projects related to education, immigration, healthcare and journalism. According to The New York TimesEmerson Collective has devoted most of its efforts to shaping the future of storytelling through this project and investments in outlets such as ProPublica, The Marshall Project and the Texas Observer. Emerson acquired a controlling interest in Atlantic in 2017. But its for-profit status exempts it from a lot of financial scrutiny.

In 2018, when Emerson opened “Carne y Arena” in Washington, DC, tickets were free. But in recent years, that has ended. In DC, getting a reservation was nearly impossible; in Dallas, most tickets remain available. Here, a weekend ticket will cost you $55. Emerson representatives said the proceeds allow the project to be self-sustaining. The ticket cost covers travel, staff, and its recent expansion to a three-room experience, allowing more than one person to attend at a time. But the price makes it a prohibitively expensive experience, suggesting that most visitors have already bought into the inclusiveness it claims to inspire. It’s hard enough to change someone’s mind; it is even less likely that they will pay to do so.

But researchers do not believe the technique of “walking a mile in someone else’s shoes” always works, or even usually. The empathetic concern, which we develop by listening to or reading someone’s story, is helpful, say ethicists at the Northwestern Kellogg School of Management, but actually trying to feel another person’s pain or trauma can lead to “disengagement”. When we ask people to take responsibility for someone else’s pain or trauma, they can end up numb. And, of course, in virtual reality experiences, we don’t really experience things in front of us, although we are encouraged to have a reaction, especially an emotional one, to them.

I’ve seen “Carne y Arena” twice – something the nice guy who signed me the second time told me is common. In fact, he says, people who saw him in other cities traveled to Dallas to see him again.

On the second viewing, I was still wringing my hands uncomfortably, but I walked a bit more in space and even hit a wall before the manager could stop me. It felt more like a game – it was safer.