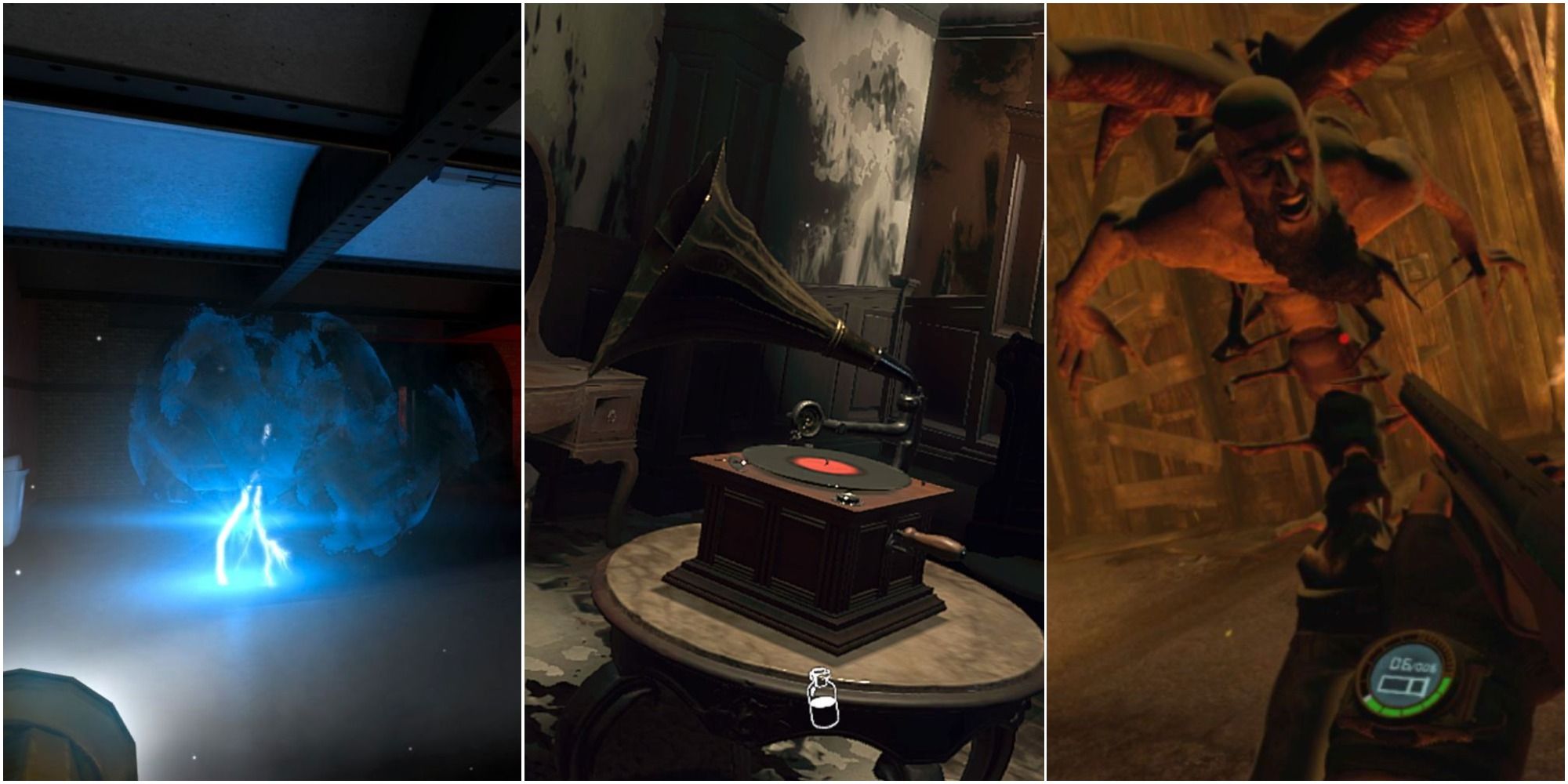 Horror movies have been a fan-favorite way to pass the time since the beginning of cinema, so it’s no surprise that it’s also a popular genre for video games. Virtual reality headsets provide an avenue for even more realistic scares, which often makes it scarier than playing a horror game on your console or PC.

There are a plethora of unique horror games you can find on Oculus Quest – some totally new while others are regular game ports. If you’re looking for a fright, then you can’t look any further from these awe-inspiring experiences.

Affected: The Manor is one of Oculus Quest’s simplest horror games, so it’s perfect for showing your friends how scary VR can be, but only if they can handle it. Controls in Affected are basic and there are many objectives to complete; however, the location will scare you more than ever due to its atmosphere.

Along with experiencing the terrifying base game, you can also play The Darkness and The Gauntlet for even spookier content. Affected is the best horror game on Oculus Quest if you like to sit back and let the experience terrify you.

GAME VIDEO OF THE DAY

Exploring a Victorian mansion has never been scarier than in Layers Of Fear. In this virtual reality game, you dive into the mind of a painter and discover many things going on in his brain.

The visions and other experiences will shock you simply because they are unique and unexpected for horror fans. Layers Of Fear is perfect for gamers who want to experience a psychedelic horror game with all that entails.

Face Your Fears 2 is not for the faint of heart. You will be able to enter the house of the Harvest family and discover their history in two completely different scenarios. You can become a paranormal investigator trying to uncover the secrets of the house or a simple person looking for his sister.

RELATED: The Best Free Games For The Oculus Quest

Face Your Fears 2 is unlike anything you’ve played before due to its gruesome world-building and two-sided narrative. Additionally, if you purchase Face Your Fears 2 on Oculus Quest, you can also play it on PC through Oculus Rift.

The Exorcist: Legion VR is great fun, but it’s also one of the scariest games in VR. There are five episodes that take you through different locations, each with their own themes. However, the main story is that you are an investigator looking for clues in these places.

In Lies Beneath you will fight monsters and save your hometown from the terrifying threat. Travel to Slumber, Alaska, where the main character resides, and meet important figures, such as your dear father.

RELATED: The Best Sports Games On The Oculus Quest

When the town of Slumber is in danger, you are the last hope. Wielding a wide array of weapons, there’s plenty of monster-fighting action and unique puzzles to experience in Lies Beneath.

Project Terminus features three main acts, each with their own horrors to experience. Unlike other horror games you’ve played, Project Terminus eschews jump scares in favor of building a terrifying atmosphere and an interesting plot.

Project Terminus gameplay is all about survival horror, so you can expect a lot of diversity throughout the story. For a horror game with a gripping narrative, Project Terminus has you covered.

Blair Witch VR is a Blair Witch themed puzzle game. Throughout your adventure, you’ll explore a forest and find clues to solve the story, all with the unsettling feeling that something is wrong with the dark expanse around you.

RELATED: The Best Racing Games On The Oculus Quest

If you are a Blair Witch fan, then playing this game might be an obvious choice. However, it’s also ideal for newcomers to this horror franchise, as you don’t need to know Blair Witch movies to enjoy it. If you like puzzle games with a horror atmosphere, then Blair Witch is probably the perfect game for you.

In most supernatural horror games, you hunt ghosts, but in Wraith: The Oblivion, you can become one. Your character becomes a specter upon death and you must use your new paranormal powers to figure out how you died.

Five Nights At Freddy’s: Help Wanted offers more scares in this fan-favorite universe. Coming face to face with the animatronics has never been so scary as you now run the risk of them attacking you in virtual reality, which provides a thrilling experience.

If you like Five Nights At Freddy’s, then Help Wanted won’t disappoint with its selection of game modes. Celebrate, You’re Hired and Pizza Party each offer a unique experience that will make you want to discover the universe of Five Nights At Freddie.

Resident Evil 4 often wins the title of best Resident Evil game of all time. This is partly due to the terrifying atmosphere that always makes it seem like there’s danger around the corner. You can now play Resident Evil 4 in virtual reality thanks to Oculus Quest, and the horrors you’ll experience are even scarier this time around.

Throughout Resident Evil 4, you must pick up a gun and shoot enemies as they close in on you, but don’t get caught up in the crowd. With horrifying boss battles and a spooky atmosphere, there’s no reason not to play Resident Evil 4 if you’re a fan of the horror genre.

NEXT: The Best Dancing Games On The Oculus Quest

If you don’t give Aloy a girlfriend, make her asexual

Aloy goes without a love interest again in Horizon Forbidden West, which wouldn’t be so bad if the game bothered to explore her

Michael is a writer, gamer, and virtual reality enthusiast. He has been a hobby writer all his life and is now a content writer for TheGamer among other gaming websites. He is passionate about writing content that will entertain and share his knowledge about his favorite games. An aspiring writer, Michael is just trying to share his passion for video games with the world.