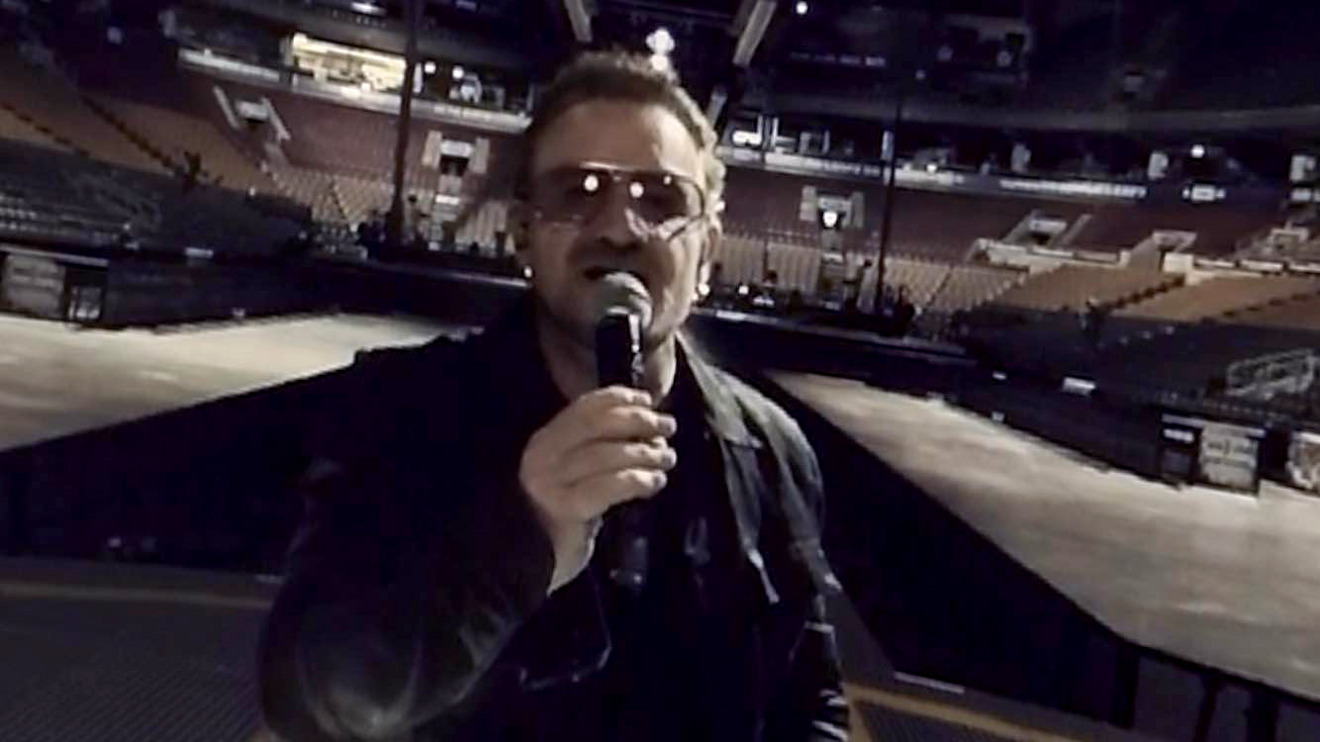 AppleInsider is supported by its audience and is eligible to earn an Amazon Associate and Affiliate Partner commission on qualifying purchases. These affiliate partnerships do not influence our editorial content.

Under the Apple Music banner, Apple and preferred music partner U2 have teamed up to create a virtual reality music video for the band’s “Song for Someone.”

For the general public, the video is available through Vrse, a cross-platform (including iOS) VR app, and mixes scenes of U2 playing on stage with other musicians playing at home. People without headphones can simply watch the video in full screen mode and tilt or rotate their device to change perspective.

In recent days, Apple showed the video to U2 fans on “The Experience Bus,” a vehicle that follows the band on tour, according to Tech Crunch. There, the setup is more advanced, with Macs projecting video into Oculus headsets and Beats headphones providing audio. iPads on the bus are believed to be used to promote Apple Music.

The video itself displays the Apple Music branding at the start, though it’s unclear how much Apple was involved in producing the content. The company has participated in the music videos of artists like Drake and Pharrell Williams.

Apple has periodically dabbled in VR technology, such as designing the QuickTime VR file format in 1994. Over the years, the company has occasionally filed patents related to virtual reality, but never released tangible products.

In fact, the company seems ready to venture into augmented reality, which, like Microsoft’s HoloLens, displays 3D graphics over real-world landscapes. Earlier this year, the company bought an AR company called Metaio.