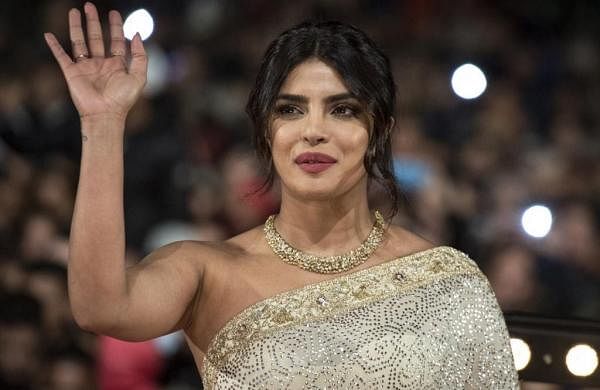 WASHINGTON: A new American reality TV show that pits activists promoting charitable causes against each other and uses social media as a measure of their success has sparked controversy.

“The Activist”, which was announced for launch this week, will air on US channel CBS in October and co-produced by the non-governmental organization Global Citizen, with celebrity hosts such as singer Usher, actress Priyanka Chopra and dancer Julianne Hough. .

The public will follow the adventures of “six activists from around the world who are working to bring about meaningful change to one of the three pressing universal causes: health, education and the environment,” CBS said in a statement.

â€œActivists will compete in missions, media stunts, digital campaigns and community events aimed at attracting the attention of the world’s most powerful decision-makers demanding action, now,â€ he continued.

Success “is measured by online engagement, social metrics, and contribution from hosts.”

The final will take place at the G20 summit in Rome in late October, where aspiring activists will meet with world leaders in the hope of securing funding and raising awareness for their cause.

CBS executives called the show “groundbreaking” and said they hoped it would inspire viewers.

But the reaction has been swift, with social media users accusing the spectacle of trivializing such causes at a time when activists in many countries are jailed or suppressed in their attempt to defend human rights.

â€œCouldn’t they just donate the money it takes to pay for this INCREDIBLY expensive talent and make this show, directly to militant causes? Rather than turn activism into a game and then donate a fraction of the money. money if needed in a ‘price …?’ People are dying, â€actress and feminist activist Jameela Jamil tweeted.

“Fighting for trouble is hard enough without having to dance and sing for a bunch of millionaires while they decide who is worthy of their crumbs,” Nabilah Islam, US activist and former Democratic congressional candidate, wrote on Twitter. Georgia.

â€œThis is not a reality show to trivialize activism,â€ Global Citizen said in response to the reaction in a statement to Deadline.

The goal, the organization said, “is to support activists everywhere, to show the ingenuity and dedication they put into their work and to amplify their causes to an even wider audience.”