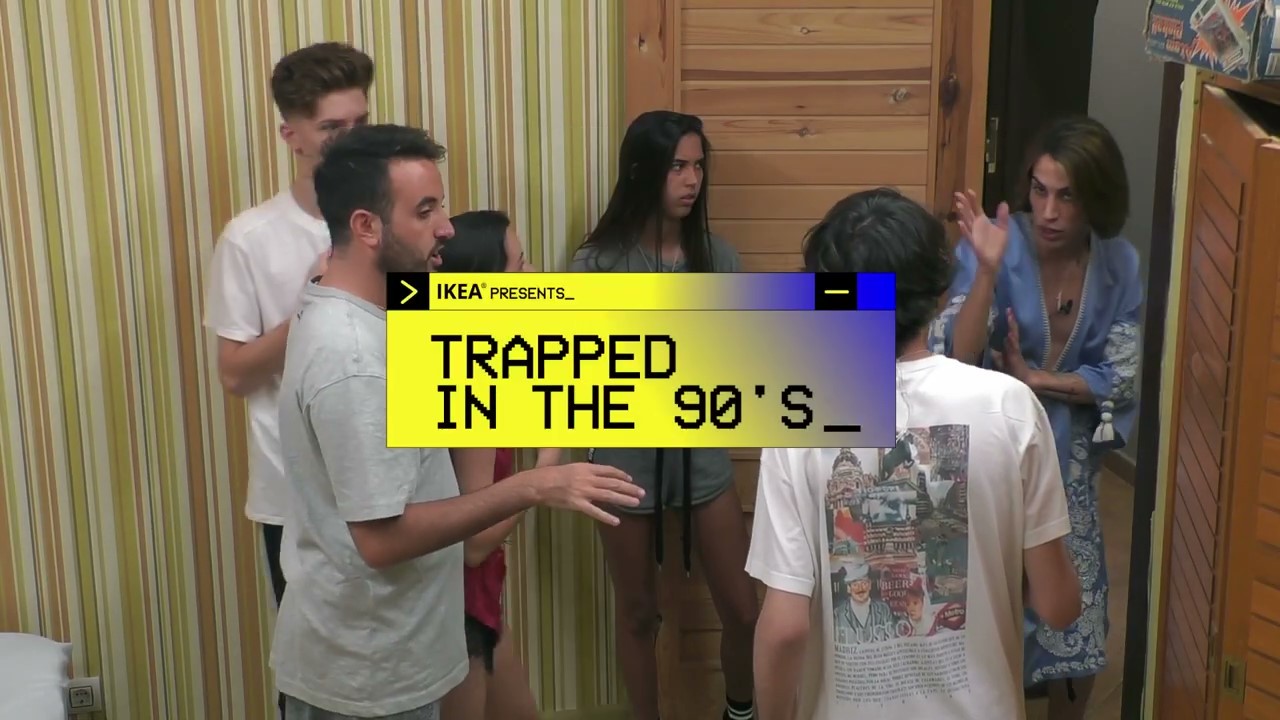 Will a generation that wouldn’t know life without Ikea survive in a house from the past? Six reality TV contestants discovered it on a Big Brother-style show called “Trapped in the 90s.”

Blurring the line between reality, fiction and advertising, the series was created by McCann Spain to celebrate Ikea’s 25th anniversary in the country. During the show, the group of young contestants lived together 24/7 and were left to fend for themselves in a house that could be straight out of your favorite sitcom.

â€œWe didn’t want to do an ad that looked like a reality show,â€ says Emiliano Gonzalez De Pietri, Creative Director, McCann Spain. â€œWe wanted to do a reality TV show. Period. You could call it an integrated campaign and you would be right – it’s totally ubiquitous. But the way we see it, it’s an extremely popular TV show that just happens to be an Ikea campaign.

The retro ensemble was modeled after a typical ’90s Spanish house and stripped of all of Ikea’s classic and practical household items, such as its famous storage solutions and breezy duvets. The bedding itches, the bathroom is way too small for any beauty routine, and the phone is practically an unknown object.

â€œThis is the first time that Ikea has produced a campaign in the form of a reality show,â€ says Laura DurÃ¡n, Marketing and Insights Director at Ikea (Spain). â€œThe aim was to show in a humorous way how Ikea products democratized design, marking a before and after in Spanish homes since its arrival in 1996.

The eight-part series is available to stream online and shows participants doing challenging tasks including playing a CD, making pizza in the vintage-style kitchen, and taking photos that you can’t instantly see. . McCann worked with producers and writers of specialty reality shows to create the show and spent weeks researching the perfect mix of contestants.

â€œThis is the most successful branded content campaign we have ever had. Every metric is off the charts. Spain has officially fallen in love with ‘Trapped in the 90’s’, â€adds DurÃ¡n.

Thankfully, as the series progresses, we find that civilization hasn’t entirely given up on the reality stars. Ikea’s newcomers, though administered in painfully low doses by the showrunners, gave them a silver lining and a way to survive the ordeal.