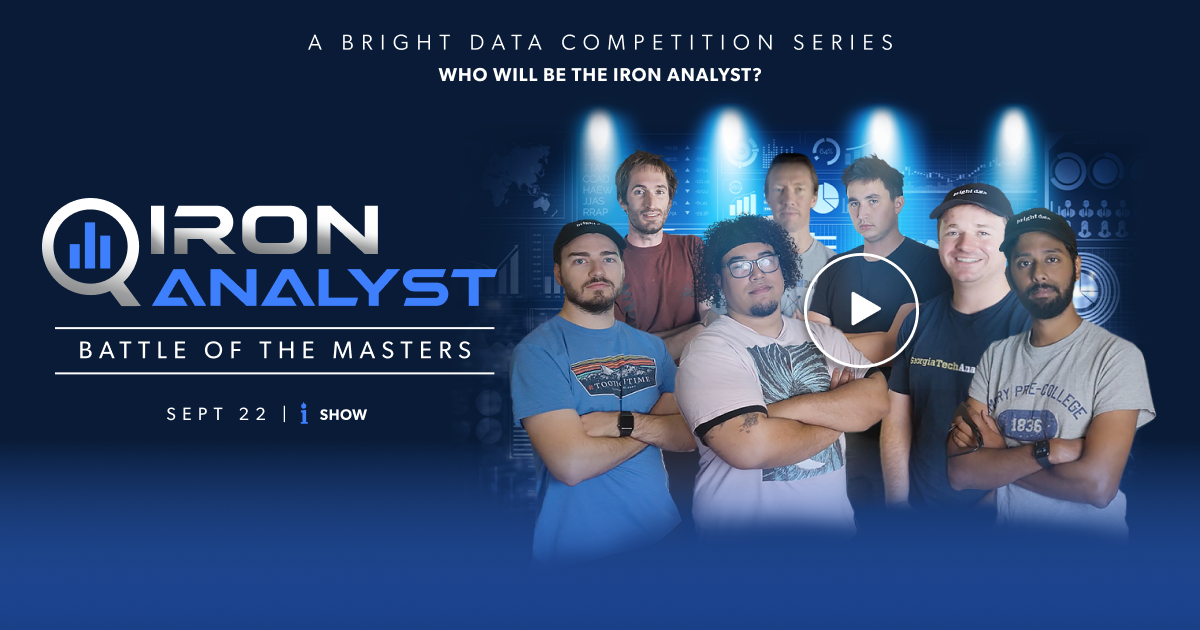 What happens when 15 data professionals come together to create content? That’s right, the iron analyst!

Seven renowned data practitioners recently came together to compete for the title “Iron Analyst” in the data analysis and visualization category. Using a dataset provided by Bright Data, the leading web-based data platform, each competing data wizard was given a mystery dataset which they were then asked to clean, analyze and create a visualization or a spectacular dashboard.

Using a panel of three judges – notable data influencers Tina Huang, Ban Rogojan AKA Seattle Data Guy and Josh Starmer – the projects were judged on the basis of clarity, usability and appearance. practice.

The seven notable contestants, all data influencers, who competed for the title were:

After the mystery dataset was revealed, candidates were given just an hour and a half to work with a dataset of Indeed job postings provided by Bright Data. Each contestant was given a huge amount of data – over 40GB – split into over a hundred different individual files to quickly download and analyze.

Each data competitor’s project was approached in a completely different and unique way, due to the diverse nature of each competitor’s data background. Data engineers, data scientists, and data analysts have all naturally taken a different path to managing and presenting data according to their own personal framework.

“For the engineering approach, it’s mostly about outputting something, filtering, in order to output something first, unlike a data scientist or data analyst, they approach it in a linear way. I think engineers have an advantage in this particular situation.

And Tina wasn’t wrong. In the end, Shashank, a renowned Youtube creator and data engineer, finally won the title of Iron Analyst for his organized, clear and versatile visualization. The other two top projects that caught the judges’ attention were those of Luke and Keith.

Luke’s second project, created with Power BI and Bright Data’s datasets, was primarily looking at job skill requirements and a comparison tool between the top tools required for data science jobs in the United States. . While judges loved it for its ease, simplicity, and clean design, judge Seattle Science Guy reported concerns about the data count seeming a bit low. Luke admitted that the size of the dataset was not achievable in the time available, so he only focused on the Data Analyst, Data Scientist and Data Engineer roles.

Meanwhile, Keith’s finalist project, created with Python, Panda’s library and Bright Data’s datasets, was praised by the judges for the story it told. Keith developed a heat map viewer aimed at small town kids with big career dreams, where the places with the most jobs (all jobs – not just data jobs) were brighter on the map. To handle remote jobs being so important, he cleverly found a small town in Oregon called Remote, which shone brightest due to the number of remote jobs available today.

About the project, Judge Josh asked “but was the graphic equivalent of the story?”

Winner Shashank won the title by using Python and datasets from Bright Data to develop intelligent visualization of data engineering jobs across the United States. It allowed the user to view specific jobs or companies, the average rating of all the companies selected by the user, the location of the company, and a salary subsection. When asked what the purpose of his dashboard was, Shashank explained, “I hope this dashboard allows people to view a wide range of jobs at once, in a data, instead of individual jobs one at a time. ”

While the judges were impressed with all of the projects created under such intense time constraints, the judges liked Shashank the most because “it was a hands-on approach to things, and the reasoning behind why Shashank did it had a lot of sense,” Tina said of the judge’s jury. sofa.

Said Shashank after his win, “The web data and insights provided by Bright Data was just… breathtaking. What you could actually do. For example with [most job postings] data, without an insane amount of work you couldn’t get it… The ability to actually [have the data] and doing that is something now that I really want to play with after the game is over!”

You can watch the full episode of Iron Analyst, sponsored by Bright Data, here. 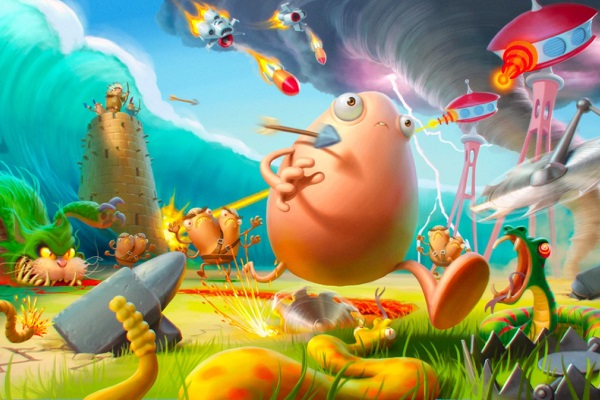