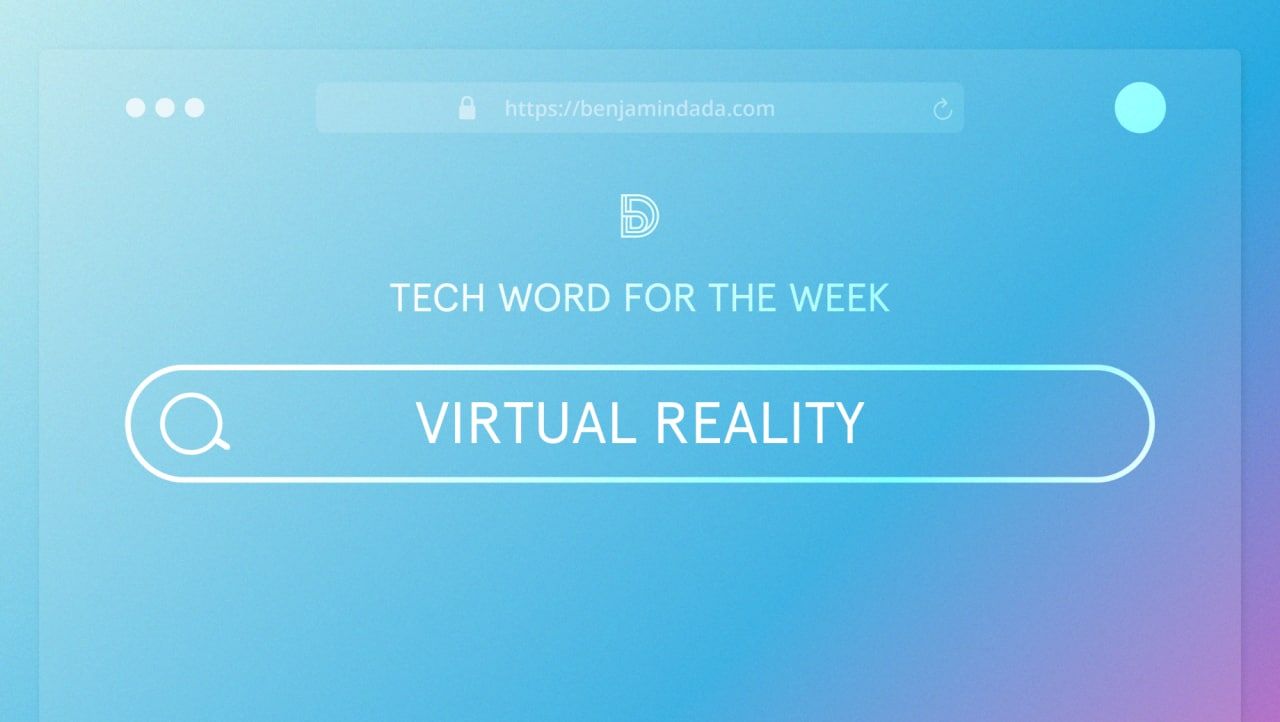 Technical word of the week is a weekly series where we seek to explain commonly used words in the tech ecosystem in a simple and engaging way.

One of the reasons we read romance books or watch an adventurous and captivating movie is to escape our immediate surroundings and experience something different. However, a limit to these experiences is that we can only imagine or see without participation.

With virtual reality (VR), we can truly go to another world, interact with it, and even perform feats that are impossible in our earthly reality. Palmer Luckey, the founder of Oculus Rift, said: “Virtual reality is a way to escape the real world into something more fantastic. It has the potential to be the most social technology ever.

Virtual reality is the use of computer technology to create a simulated environment that gives the user a similar feel to interacting with the real world. It uses state-of-the-art graphics, best-in-class hardware, and artistic rendering experiments to create “virtual” landscapes and environments.

Rather than using smartphones like augmented reality (AR), it uses headsets and controllers to enable interaction with the virtual world. The better the headsets, sensors, and hardware used in VR experiences, the more immersive they become.

After putting on the helmets, you can choose an avatar. An avatar is the personality from whose perspective you see and interact with the virtual world. In the virtual world, you are not just a passive viewer but an active contributor.

Using technology, you can fly like SuperMan, run like a gazelle, interact with digital objects, or visit any part of the world as a digital avatar. It completely immerses you in a 3D world, creating a major shift in how the digital realm is experienced.

VR is different from 3D animations/movies because you are just a 3D viewer. Virtual reality makes your brain perceive that you are somewhere else, different from your immediate environment. It allows virtual interactivity such that rather than being static, you can move forward/backward, run, dance, jump and all sorts of things with your avatar. It is also different from AR.

the history of virtual reality dates back to 1957, when Morton Heilig, a cinematographer, invented the Sensorama, a theater cabinet multimedia device that gave viewers an interactive experience. Thomas Furness, a military engineer, developed the first flight simulator for the Air Force in 1966. This sparked interest in VR technology and how it could be used for training purposes.

Developed by MIT in 1978, the Aspen Movie Map used photographs taken from a car in Aspen, Colorado to give viewers what they called a “surrogate travel” experience. Later in 1987, John Lanier, a computer scientist, researcher and artist, coined the term “virtual reality” and developed a range of VR equipment, such as the Dataglove, Tom Zimmerman and the EyePhone HMD.

Georgia Tech and Emory University researchers collaborated in 1997 to create Virtual Vietnam which used virtual reality to simulate war zones to aid in therapy sessions for veterans dealing with PTSD.

In 2007, Google enhanced its Maps service with 360-degree street-level images captured by special cars fitted with custom camera equipment. In 2010 Google’s Street View got a 3D mode. Also, Palmer Lucky has created a VR headset kit that anyone can make and called it “Oculus Rift”.

How virtual reality is changing the world

Here are some applicable use cases for virtual reality: